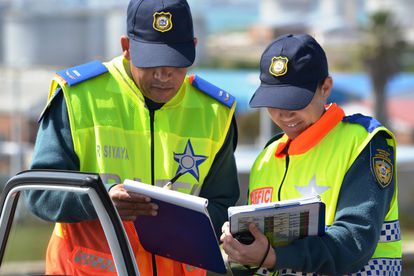 The Traffic Police in Guateng, a province in South Africa have advised motorists to adhere to road safety rules as many return to the province, disclosing that over 100 have died on the road.

The Traffic Police in the province have called upon motorists to comply with the rules and regulations of the road in order to save lives.

Many roads leading to the Gauteng province has been heavily congested since January 2 (yesterday).

Gauteng Traffic Police spokesperson, Sello Maremane said the province has recorded many road crashes leading to fatalities since the beginning of the festive season period.

It was gathered that as of January 2, 2023, over 100 road fatalities have been recorded in Gauteng.

“Motorists have been advised to switch on their head lamps in order to enhance visibility on the road. Pedestrians should cross the road only when it is safe or allowed by a road traffic sign to do so.

“Passengers using public transport should not carry large luggage with them which may obscure the driver’s vision. Public Transport Operators must refrain from continuously driving on yellow lanes on Freeways as this is illegal and also endangers other road users.

“Over speeding and unsafe overtaking must be avoided at all times. Fatigue is one of the contributory factors of road collisions.

When driving take regular breaks, stop for at least 15 minutes every two hours or after 200km. Don’t try to fight against the signs of fatigue.”

The Gauteng Traffic Police also urged road users to ensure compliance with road safety rules and regulations to save lives.

“The Gauteng Traffic Police urge road users to comply with road safety rules and regulations to avoid unnecessary crashes resulting in fatalities. Road crashes and fatalities contribute to the alarming rate of disabilities and deaths in the province. This is largely attributed to the attitude and behaviour of road users such as unsafe overtaking, unsafe lane changing, over speeding, pedestrian jaywalking and lack of concentration by drivers. Substance abuse and vehicle fitness have also compounded the situation on our roads,” Maremane stated.