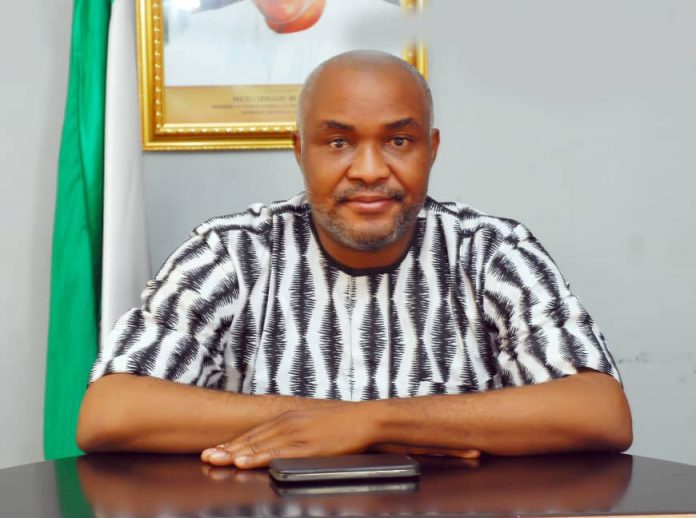 One of the things that are so unique to Nigeria is the existential possibility that someone can just be thrown into the gulag for practically doing nothing and the Heavens will not fall.

Impunity is raised to power two mathematically and in political power context to such a dirty extent that someone with just the faintest connection to the powers that be can literally send someone to prison for doing nothing and this act of injustice if not revisited may never be redressed and the victim of this violation will live the rest of his/her life with the pangs and stigma of doing time in prison facility even when there is no known or valid offence or Offences. Injustice walks on four legs in Nigeria.

The above is the experience of the Senate Chief Whip Senator Orji Uzor Kalu who got jailed for twelve whole years and he was hauled into detention at the Kuje minimum security prison for Offences he knew nothing about as powerfully argued by his team of lawyers led by the very erudite Chief Awa Kalu (SAN). Awa Kalu was once the Attorney General and Commissioner for Justice in Abia State. He is not a run in the mills’ lawyer so to say. He is educated, versatile and honest to a fault.

In addition to getting jailed for Offences that he never committed, the Senator who alleged that the former President Olusegun Obasanjo hates him with a passion which was why he got him tried by the Economic and Financial Crimes Commission and ultimately jailed by a Judge who abandoned his rightful status as an Appellate Court’s Judge to preside over the matter at the Federal High Court in what the popular opinion says was a vindictive and malicious prosecution by the Economic and Financial Crimes Commission apparently to dent his political image and render him unmarketable for any sort of national contestation. Why the new hierarchy of EFCC is bent on wasting public money on a fruitless adventure of discovery is anyone’s guess.

The Supreme Court even stated in a very plain term that the presiding Judge who abandoned his status and position as an Appeal court’s judge to preside over the matter at the court below breached the Administration of Criminal Justice Act to so do. Unfortunately,  his malicious decision can’t be sanctioned except by the National Judicial Council because Judges have immunity from prosecution if they are accused of a malicious decision in handling any matter but the NJC can activate mechanisms to investigate and punish the indicted judge if there exists cogent and verifiable evidence of guilt.

By way of historical information, the federal high court in Lagos had handed a 12-year jail sentence to Kalu and sentenced Udeogu to prison for 10 years.

The assets of Slok Nigeria Limited which the gentleman got before becoming governor, Kalu’s company, were also forfeited to the federal government.

But displeased with the judgement, Udeogu filed an appeal to challenge the conviction. His lawyers argued that Mohammed Idris, the judge who handed down the ruling, lacked the jurisdiction to hear the case because he had been elevated to the appeal court at the time he sentenced them to prison.

The apex court, in a unanimous verdict on the appeal delivered by Ejembi Eko, declared that the conviction of the appellant was null and void. Eko explained that the declaration was on the ground that Idris was already a judge of the court of appeal, as at the time he delivered the judgment sentencing the appellants.

Orji Uzor Kalu also sought the position of the Federal High Court to ascertain whether the EFCC is right to attempt to rope him into another second trial even after the Apex Court had quashed the first judgment on the ground that the decision by the Appeal Court judge to demote himself willy-nilly was and remained a nullity.

The Federal High Court then dismissed the attempt by the EFCC to prosecute Orji Uzor Kalu twice on one matter even after the Supreme Court freed him.

The EFCC has reportedly further appealed in what is being interpreted as a brazen attempt to force the hands of the judiciary to give support to double jeopardy which offends our Jurisprudence.

The following is the position espoused by Senator Orji Uzor Kalu previously which as confirmed by many sources goes to show that he was indeed sent to jail for Offences unknown to the law of the Federation of Nigeria.

The Former President Olusegun Obasanjo has been described as the worst leader ever produced in the country since the advent of democracy in 1999.

The former governor of Abia State, Dr Orji Uzo Kalu made this known at a lecture on youths empowerment and good governance at the University of Nigeria Nsukka, UNN, adding that there was no transparency in government throughout the eight years of Obasanjo’s regime.

Kalu noted that his problem with Obasanjo started in 1999 when he single-handedly financed the People Democratic Party, PDP, lending the party N500 million which he borrowed from the defunct Hallmark bank, but which the former president asked the then PDP National Chairman, Chief Barnabas Gemade not repay.

”As if that was not enough, the former president closed Slok Airlines (owned by me) as it landed at the Akanu Ibiam International (then Enugu) Airport without explanation; shut down Hallmark bank. It was then that I know the problem had begun,” he said.

He further said that re-payment of the N500 million loan formed the major reason for his disagreement with Obasanjo till date, pointing out that he was arrested by the Economic and Financial Crime Commission, EFCC, immediately after he stepped out of the office and was charged with money laundering before both the United kingdom and America came to his rescue.

Kalu pointed out that despite all the setbacks faced by the Slok Group of Companies, it had no fewer than 13,000 in its payroll and planned to employ up to 25,000 Nigerians within the next two years.

According to Kalu, youths unemployment was the biggest social problem in Nigeria today as only about 50 percent of the people were gainfully employed.

He noted that it was only in Nigeria that thousands of graduates remain unemployed years after graduation, saying that institutions get licensed without commensurate provision for the employment of youths. Earlier in his opening remarks, the Vice-Chancellor of the UNN, Prof. Bartho Okolo said that the country had a 23.9 per cent unemployment rate, implying that every 30 people out of 100 were unemployed.

Okolo was represented on the occasion by the Deputy Vice-Chancellor (Academic), Prof Polycarp Chigbu

Okolo said that the situation was worse for the youths because unemployment which stood at 50 per cent in 2013 indicated a bleak future for the ever-increasing graduates of tertiary institutions in Nigeria.

The big question seeking clarification and validation is why is the EFCC bent on inflicting double jeopardy on Senator Orji Uzor Kalu or are there some basic truths in the allegation that political forces in some parts of the Country especially linked to one of the political cabal leaders from South West nursing Presidential ambitions is afraid that Senator Orji Uzor Kalu may torpedo his ambition for next year’s Presidential contest?

EMMANUEL ONWUBIKO is a Human Rights Activist and Political Strategist resident in Abuja.

Over 50 abducted kids rescued from Church basement in Ondo State