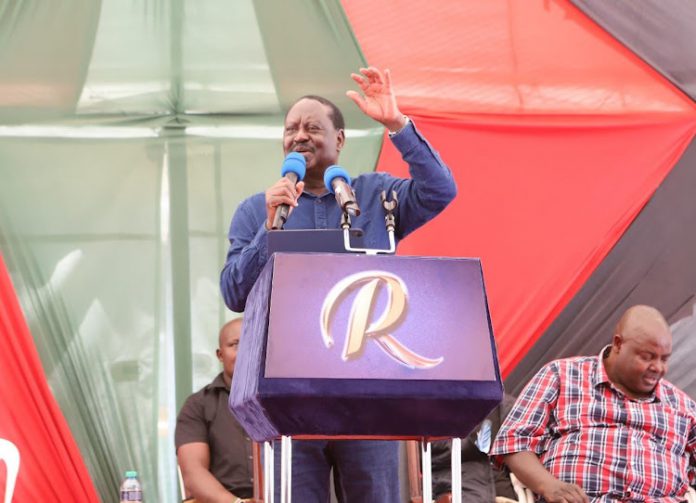 Opposition leader, Raila Odinga expressed his mind about President William Ruto’s first 100 days stating that it has been a road to nowhere.

According to a statement by Raila, Kenyans are worse off than they were during the campaigns when the Ruto-led United Democratic Alliance issued a list of promises.

“Where Kenyans expected and deserved a massive stimulus package to bail them out of the devastating economic circumstances, they got hit with the cancellation of the subsidies that had cushioned millions from the pain.

“With the cancellation of subsidies, the government effectively pulled the life support from the mouths of millions of Kenyans and left them on their own. In these 100 days, the government pulled more Kenyans out of the frying pan and threw them into the flames.”

Raila said the Kenya Kwanza regime has scored below average and he gave them a mean score of 4 out of 10.

The ODM leader asserted that since Ruto took charge of the country, no clear plan or economic blueprint for today and the nation’s future has been brought forward.

“We see no plan to move this economy from anaemic growth to recovery and ultimately to prosperity.

“We conclude that the Ruto administration is off to a terrible start. Nothing inspires confidence in the future or points to better days. Rhetoric has failed to change livelihoods. Hope has faded,” Raila said.