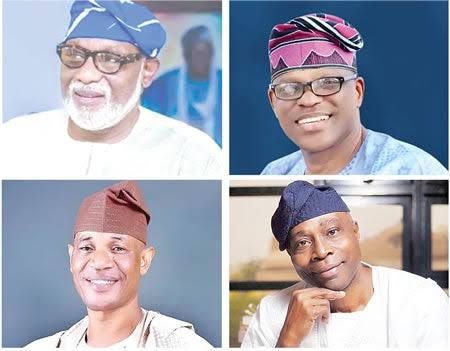 Due to the precedents of past politicians not only in Ondo state but also in the country it appears that students in tertiary institutions have lost faith in politicians; the more reason for their scepticism towards candidates’ reputation.

It was gathered during the course of carrying out interviews that the students anticipate that the next or re-elected governor will reduce the tuition fees of tertiary institutions in the state.

The state president of the National Association of Nigeria Students (NANS), Comrade Akinteye Babatunde opined that it is during this election period that many governorship aspirants will be using education as a key factor and strategy to emerge. He disclosed that politicians’ words are gammons and hard to trust. He also made a reference to the promise of the incumbent while he was campaigning years ago.
In his words, “Even Aketi once promised not to touch the fee when he got elected but you can see what we have today in Ondo state.”

He advised Ondo state students to vote wisely and ensure that their interests as students are protected by voting for one who will make their welfare and tuition fees reduction a priority.

An alumnus of Adekunle Ajasin University who was also the former NANS director of campus affairs, Comrade Ayodele Oyedokun affirmed that his major expectation is that power must change hand and that the education sector in the state must be revived.

He critiqued the increment in tuition fees, saying nothing was done in the school unlike the previous administration when they were paying a far lesser price. According to him, there was no adequate justification for the increment; the government just felt the amount students were paying was too small.

He added, “We want a leader that will pay more attention to the plights of Nigerian students to ease their burdens.”

Ifedayo Odeleye, a 500 level law student of AAUA was of the opinion that the incumbent governor will be re-elected due to his stronger influence.
He said, “I expect Mr. Akeredolu to be re-elected. Given the current political climate in Ondo state, it will be a far-fetched expectation to think that the government is about to change reins.”

Ifedayo reacted to Jegede’s promises regarding improvement in the educational sector, saying he expects him to fulfill his promises if he is elected. However, he added that politicians are not to be trusted because they have demonstrated over the years, a lot of infidelity to their words. So he considered it unwise to bank on the words of politicians.

“Any government can reduce the tuition fee if they have the interest of the people at heart. AAUA was previously run on a low tuition fee and it was run successfully. Therefore, reducing the fee should not hurt the government,” said Ifedayo.

A final year (Physiology department) student of FUTA, Emmanuel Agbolade said he has lost faith in the Nigerian government and therefore has no expectation towards the upcoming election in the state. He lamented that it is obvious that the state of the country is degrading because the government would rather open airports than open schools; they would also preferably open markets than open churches.

Reacting to Mr. Eyitayo’s promises, he believes that they are just campaign strategies.
“Everything is a word of mouth until we see what happens.”

The students’ union president of Adekunle Ajasin University, Akungba (AAUA), Olusegun Obagunwa, was of the opinion that election is always unpredictable and he prayed that any candidate who emerges should be student-friendly and also contribute voluminously to the students’ constituency.

In his comment about Mr. Eyitayo’s promises regarding the improvement in the standard of education and reduction of tuition fees in Ondo State, the 400 level student of Guidance and Counselling, Obagunwa said, “I do not believe in mere talks. I only believe in reality and I do not believe in what has not been proved.”

Zareef Minty gets surprise endorsement from US actor