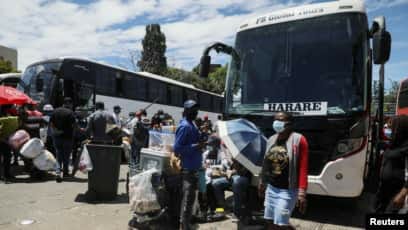 The World Health Organization stated that the surge of the fast-spreading Omicron variant in Africa appears to have peaked and is flattening in most African countries.

The World Health Organization reported that more than 10 million people in Africa have been infected with coronavirus and more than 230,000 have died.

The UN health agency disclosed that Africa appears to be emerging from its fourth pandemic wave, driven primarily by the Omicron variant, which quickly overtook the delta variant to become the dominant strain. After a six-week surge, WHO says Omicron has recorded its first drop in cases.

If this trend continues, WHO said it will mark the shortest-lived surge so far on the continent. Abdou Salam Gueye is Director of Emergency Preparedness and Response in WHO’s Regional Office for Africa. He stated that it is premature to let down one’s guard as the latest data was collected during the holiday period, when numbers tend to be under reported.

“Over the past week, cases plateaued compared with the week before, dropped by a little bit—point-two percent. Infections have also declined in three of Africa’s five subregions. Only North and West Africa are currently seeing an increase in cases,” Gueye said.

WHO officials noted that just 10 percent of Africa’s population of 1.2 billion is fully vaccinated, compared to 50 percent of the wider world’s population. They say the coming months will be critical in Africa’s efforts to improve vaccination rates.

The officials added that Africa has the know-how and the tools to tip the balance against the pandemic if it is given the supplies and means to roll out these life-saving vaccines.

Binance Charity Partners with Utiva to Empower over 50,000 African Youths