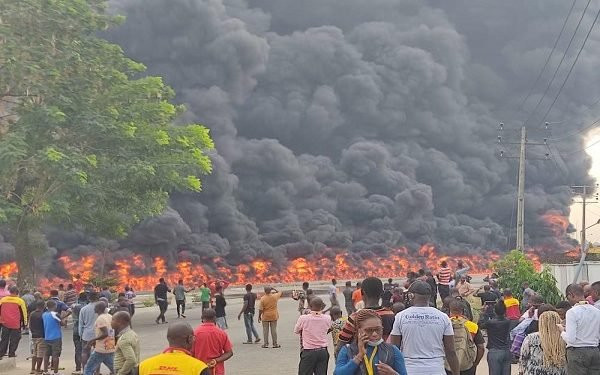 A tanker has reportedly exploded on both lanes around Toyota bus-stop inwards Mile 2, along Oshodi-Apapa expressway.

It was gathered that the tanker was fully loaded with fuel at the time it exploded.

Fire service then arrived at the scene to put out the fire.

Aisha Buhari reacts to the abduction of schoolgirls as she wishes...