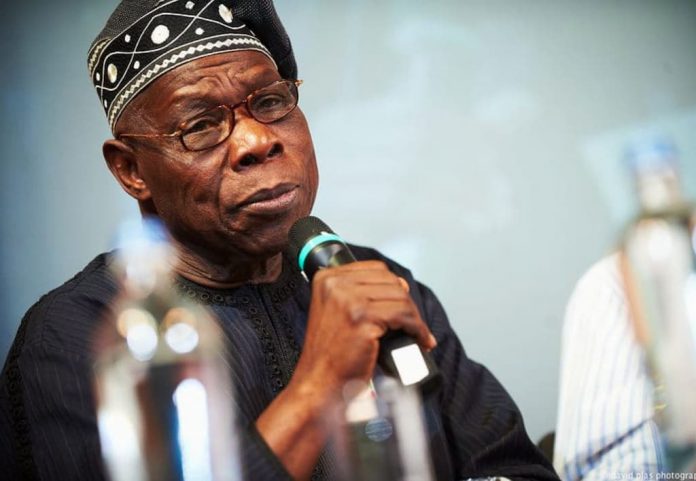 The former president of Nigeria, Olusegun Obasanjo stated that West Africa and indeed Africa are currently going through a perilous storm following political instability in some parts of the continent.

He said this at the opening session of a high-level dialogue, organised by the Coalition for Dialogue on Africa (CoDA).

The two-day event, with the theme, ‘West Africa: Rising to the Challenges of Consolidating Democratic Governance’, was held at the Olusegun Obasanjo Presidential Library (OOPL), Abeokuta, Ogun State.

Obasanjo, who is the chairman of CoDA, in his welcome address, expressed his displeasure about the military takeover of democratically elected governments in some African countries, asserting that democracy in West Africa and indeed Africa requires urgent attention.

He lamented that coup d’etat, election fraud and political violence and instability have crippled the growth of Africa.

He opined that the only way the African continent can develop is through peaceful democratic transition of governments.

“In recent years, we have witnessed a return of coup d’etat, election fraud and political violence resulting in instability and threatening the developmental gains we have made in the last couple of decades.

“I feel very sad and it gives me great concern when I see the democratic system we have painfully built collapsing. And I believe there must be a solution because the problem is human and all human problems can be solved by human beings. That is why the Coalition for Dialogue on Africa (CoDA) under my chairmanship and the OOPL have brought all of us together today to discuss pertinent issues affecting governance in West Africa, including the challenges and then to seek the way forward.”

Osinbajo called on the Economic Community of West African States (ECOWAS), the African Union (AU) and other African organisations to rise to the challenge and do more in ensuring political and economic stability of West Africa and Africa at large.

“The recent spate of military coups across our continent and attempts at military coups not only portends the risk of a damaging democratic recession, but it also takes us back to the circles of extra-constitutional disruptions that plagued us decades ago.

Nigeria is among the four African countries that print their currencies...

4-yr-old Child reportedly Dead as Flood submerges over 65 Communities in...