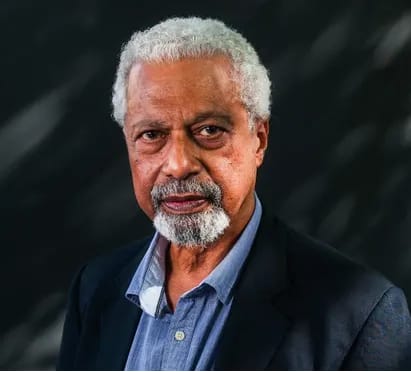 He was given the award for his “uncompromising and compassionate penetration of the effects of colonialism and the fate of the refugee in the gulf between cultures and continents”.

No black African writer has won the prize since Wole Soyinka in 1986. Gurnah is the first Tanzanian writer to win.

Gurnah, who grew up on one of the islands of Zanzibar and arrived in England as a refugee in the 1960s, has published 10 novels as well as a number of short stories.

Anders Olsson, chair of the Nobel committee, said that the Tanzanian writer’s novels, from his debut Memory of Departure, about a failed uprising, to his most recent, the “magnificent”, Afterlives, “recoil from stereotypical descriptions and open our gaze to a culturally diversified East Africa unfamiliar to many in other parts of the world”.

Gurnah’s fourth novel, Paradise, was shortlisted for the Booker Prize in 1994.

Anders Olsson said Gurnah was in the kitchen when he was informed of his win and the committee had “a long and very positive” conversation with him.

His long-time editor, Alexandra Pringle at Bloomsbury, said that Gurnah’s win was “most deserved” for a writer who has not previously received due recognition for his work.

“He is one of the greatest living African writers, and no one has ever taken any notice of him. And it’s killed me. It just killed me. I did a podcast last week and in it I said that he was one of the people that, you know, has been just ignored. He’s been ignored. And now this has happened,” she said.