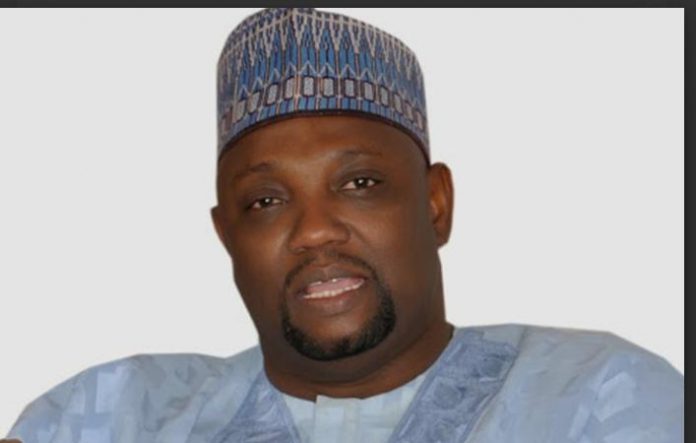 A chieftain of the All Progressives Congress (APC) Dr. Sani Abdulahi Shinkafi has stated that the ward congresses conducted by the party at weekend in Zamfara State remain valid and that no court can set it aside as it conformed to all constitutional provisions.

This is as he stated that the former Governor of Zamfara State Abdulazeez Yari and Senator Kabiru Marafa are trying to enact what they did in 2019 and sabotage the efforts of the APC to win the 2023 general elections.

Shinkafi called on the National leadership of the party to apply sanctions by expelling them from the party.

Reacting to the boycott of the said congresses by the former Governor of Zamfara State Abdulazeez Yari and his supporters and Senator Kabiru Marafa and his supporters Shinkafi stated that their protests amounts to a non-issue as they are not registered members of the party.

According to him “ Sen Kabiru Marafa and Abdul’aziz Yari, don’t have any genuine reason to go to court because they were not registered as members of APC during the last concluded APC revalidation/ registration exercise, because after the defection of the Governor Bello Mattawalle to APC they refused to validate their membership of the party. You cannot build something on nothing, you cannot build a house without a concrete foundation?

“When you have not been registered as a duly member of APC So, what locus standi do you have to challenge the exercise in court? Since they do not have membership cards as duly registered members of APC, they lack the locus to challenge any decision taken by the party. Party register are used for the conduct Congresses and Primary election. All the party registers must be duly certified by the National headquarter of APC Abuja, their names are not in the registers.

Therefore, with this development as far as I am concerned there is no faction in Zamfara APC and the Congresses conducted last Saturday remained valid no Court can it set-aside” he added.

Shinkafi noted that “what I want to say here is that sometimes politicians talk any how and when I look at them I laugh, it is very unfortunate for somebody who has been a Governor for eight years and a Senator to look down at the party leadership, trying to constitute themselves as bigger than the party, be as an Island. What I am saying is that the faction of Sen Kabiru Marafa and Abdul’aziz Yari, are the same.

To say it clearly, I have never believed Kabiru Marafa has a faction in APC because since February this year everybody knows he has reconciled with the Abdul’aziz Yari faction thereby his faction seized to exist and all his structures has been collapsed.

This is because if somebody can come to the public or go to print and electronic media and even some social media Network to pronounce his reconciliation with former Governor Abdul’aziz Yari and today when the National leadership of APC came to conduct ward Congresses, then he claims to have reconstituted himself again as a factional leader, then he is truly fooling himself, his followers and the followers of Abdul’aziz Yari.

“So, to me what Kabiru Marafa is doing now I regard it as childish, because if after the meeting they conveyed in Kaduna and resolved that Hon Lawali. M Liman the former state Chairman of the party and also former state caretaker chairman of the party had resolved to back out of the ward Congress claiming that there is a suit pending before the Federal High Court and that is why they did not partake in the Congress in obedience of order of Federal High Court Gusau Division that all parties are enjoined to maintain status quo pending the determination of the suit filed before it by and large I think they have no genuine reason in my opinion not partake in the election legally, in simple terms they have forfeited their rights.

He pointed out that “the question here is how manage that Abdul’aziz Yari and Kabiru Marafa fought again, and if it happened that they fought I think Sen Kabiru Marafa should come out and tell the public of the misunderstanding that led to their fight. If that has happened, then it is very unfortunate and they are just playing with Nigerians intelligence and the members of APC.

“Another question to answer by Sen Kabiru Marafa is that how manage he now conducted a Congress when he has no officials from the headquarters of the party to supervise or monitor or observe the conduct of the Congress as it was in the constitution? Among the constitutional duty of the Independent Electoral Commission INEC, it was clearly spelt out in the constitution of Nigeria 1999 as amended, that the INEC shall supervise, observe and monitor the operation of political party, and in Electoral act 2010 as amended it was clearly spelt out that all parties primaries in Section 85 of the Electoral act, all party primaries shall be monitored, supervised and observed by the Independent National Electoral Commission (INEC)through its department of election monitoring political supervising liaison which is headed by the Director in the INEC headquarter and in all offices of the state Electoral National Commission INEC. In that case if Sen Kabiru Marafa said he has conducted a Congress, how manage he failed to get INEC officials for them to give legitimacy to his congress if indeed it happened. And again, how did he go and fabricate the names of those he claimed to have conducted the congress which were also sent by the National headquarter of APC under the leadership of Acting National Chairman of our great party H.E Mai Mala Buni

“There is recent by Supreme Court Judgement H.E Rotimi Ameachi faction Vs Senator Magnus Abe Faction.
In that judgment delivered on the day 5th March, 2021 by her lordship Justice Amina Augie she clearly stated that a court shall not conduct and entertain the internal affairs of a political party. So, if today Mai Mala Buni the acting National chairman has sent a delegation to conduct ward Congress with reference to the recent Supreme court judgement, there is no court in Nigeria that can give order to stop the conduct of the Congresses and National Convention of a political party and in this scenario no court in Nigeria can invalidate the outcome of this Zamfara State ward Congresses.

“A High Court Birnin Kudu had ordered INEC to publish Hon Chukwuma Umeoji‘s name as the nominated candidate of APGA for the Anambra governorship elections but the judgement of the High Court was appealed to Court of Appeal Kano Division and the Supreme court finally delivered judgement that Prof Charles Chukwuma Soludo is the authentic Governorship candidate nominated by the National leadership of APGA for 6th November 2021 , and ordered that the court lacks jurisdiction to invalidate the decision of political party as it is an internal affairs of the party.The decision of a party is supreme.

On the decision of Sen Kabiru Marafa to challenge the Acting National Chairman of APC Mai Mala Buni in Court, Shinkafi pointed out “with this development if Sen Kabiru Marafa said he will go to court to challenge the APC and the Acting National Chairman, he has proved to the members of the public that he is ignorant of the supreme court of Nigeria judgement. Challenging His excellency Mai Mala Buni in court over the conduct of Congresses by the Zamfara State APC by Sen Kabiru Marafa will make no meaningful impact as they are going to waste their time and resources as they are no longer members of the APC, they have no locus standi as he is not a registered member of the APC, he is a meddlesome interloper. And there was no violation of the party’s constitution.

“But in a situation where there is a violation of the Nigerian constitution or non compliance with the provisions of electoral act 2010 as amended, then members of that political party who feel aggrieved has the right to file a suit in court to challenge the illegality of what party did. For Sen Kabiru Marafa and Abdul’aziz Yari, they don’t have any genuine reason to go to court because they are not registered as members of APC, as they failed to register during the just concluded APC revalidation and registration exercise after the defection of the Governor Bello Mattawalle to APC they refused to validate their party membership.

He debunked media reports that reported parallel ward congresses in the state.

“As far as I am concerned, there is no APC faction in the state; the ward congresses was conducted and it is over. We have done it and it is concluded.

“Our ward congresses is genuine and constitutional. There was no parallel ward congress apart from the one organized by the recognized party structure in the state”.

Shinkafi further explained that there was no court order that stopped them from holding the congress.

He said Senator Kabiru Marafa faction does not exist because there was an agreed reconciliation.

“After nine months, Marafa has come to say there is faction which I believe is not in existence in the state”.

According to him, Marafa faction of the APC did not exist any more. “Who is his factional state chairman? Shinkafi asked.

He stressed that Yari and Marafa held joint reconciliatory meetings with most of the members of the defunct G8 in Kaduna and Abuja.

“How would Marafa’s faction play with the intelligence of their uneducated followers? he stated.

GH¢5 charge on SIM card self-registration will go to the App...