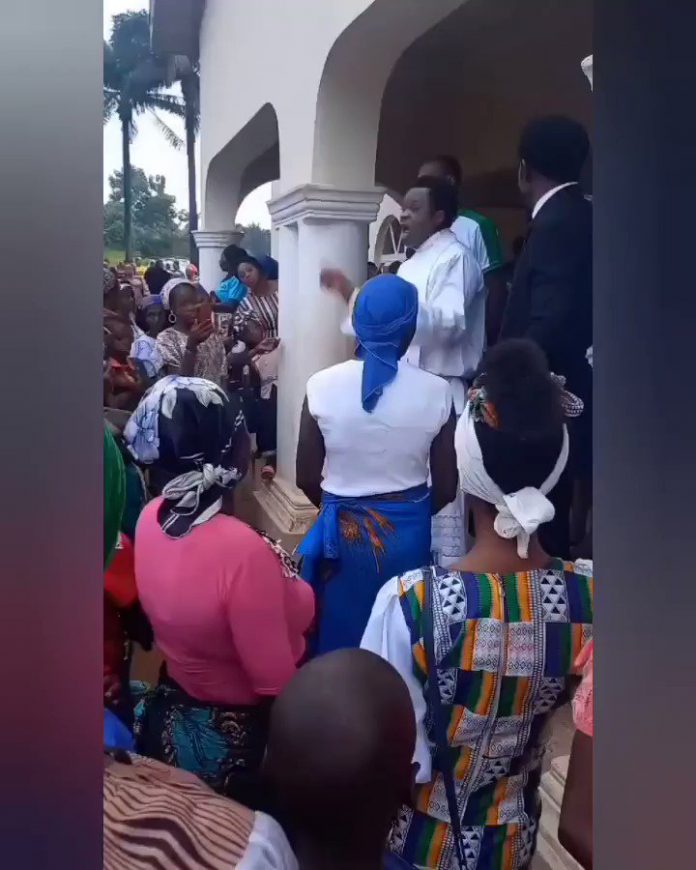 A Reverend Father in the North Central has reportedly denied members without PVC entrance into the mass.

“From today if you are coming for mass, carry your PVC. If you don’t have your PVC, don’t bother coming,” the Father was heard saying.

“Because there is no way you have Christians filling up the church but only a handful of them go to vote during elections.

“So, it means our population and numbers mean nothing. So, we want Christians to take their responsibilities and roles seriously.

“So, today, I am serious about it. As I’m standing here, if you have your PVC— begin to come in. But if you don’t have your PVC, find your way back home. You won’t attend mass here.”

Some Catholic priests in Nigeria have enforced a policy of ‘No Permanent Voter Card (PVC), No Sunday Mass’.

In videos going round on social media, some church members were denied entry into Sunday masses over their inability to display their permanent voter cards issued by the Independent National Electoral Commission (INEC).

At St. Matthew’s Catholic Church in Utugwang, Obudu Local Government Area of Cross River State, the assistant parish head was heard instructing those with their PVCs to come into the church and those without to go back home.

Meanwhile, last Thursday, the Alaba International Market in Lagos was shut down for traders to obtain their PVCs ahead of the 2023 general elections.