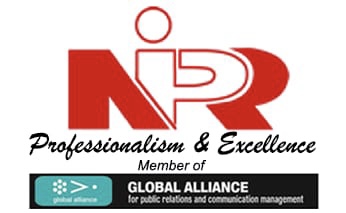 The Nigerian Institute of Public Relations (NIPR) has expressed anger over the appointment of Major General Benjamin Olufemi Sawyer, a non-professional PR person as the new Director of Defence Information (DDI).

General Sawyer resumed office today as the Spokesperson of the Defence Headquarters (DHQ).

Speaking to a security news platform PRNigeria, a council member and Fellow of NIPR lamented that the Nigerian military disregarded the statutory provisions on the appointment of spokesperson in critical institutions and other public and private organisations.

The council member who pleaded anonymity said the institute would soon meet and consider action to be taken on the issue.

The senior PR practitioner said: “We have sent out several correspondences to public and private organisations on the legal implications of such appointments which is against the law,” he said.

He added that this is the third time DHQ would be flouting the requirement by appointing non-certified and nonprofessionals for the job of spokesperson.

“Whenever they appoint Heads for Account, Legal, Engineering and Medical Departments, for instance, they ensure they are qualified and certified accountants, lawyers, engineers and Doctors for the top offices.

“Why should they treat Information and Public Relations departments differently? This deliberate policy of embarrassing a professional body for image-maker and crisis communicators is very unfair and unfortunate.

The law provides for imprisonment, fine, or both for offenders. It would be recalled that the newly appointed Director of Defence Information, Major General Sawyer is a member of the 27 Short Service Course of the Nigerian Defence Academy.

He was also a Commandant 22 Brigade Ilorin and later Director, Plans Department of Army Policy and Plans Abuja. He was Commandant Nigeria Armoured School in Bauchi before his recent appointment as a newly appointed Director of Defence Information.

General Sawyer has also attended several military courses both in and outside Nigeria and is a Fellow, National Defence College, Abuja.