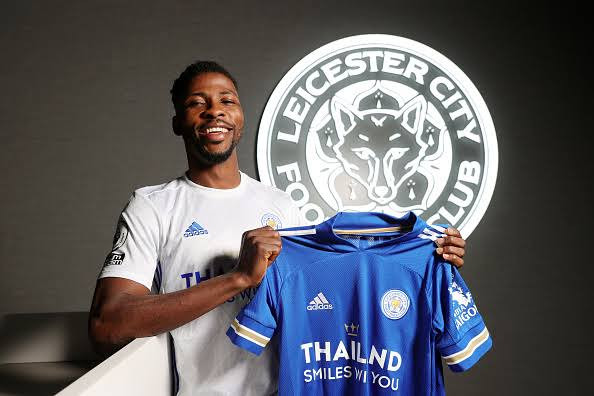 Kelechi Iheanacho, a Nigerian has signed a new contract with Leicester City that will keep him at the King Power Stadium until 2024.

He was presented a new deal following his impressive performances for the side this season, scoring 12 goals and providing five assists in 28 appearances across all competitions.

It was gathered that Iheanacho has been at the club since the summer of 2017 when he joined from Manchester City.

“It’s been a great time here. It’s not been easy, but there’s a lot of people here that are good people, great people to work with.

“They are nice people and they make me feel comfortable and welcome since I came in,” he stated.

Iheanacho first broke into the limelight at the 2013 U17 World Cup, where he helped Nigeria to win the trophy.

His performances made Manchester City sign him in January 2015.

Iheanacho made 46 appearances across all competitions for Manchester City and scored 12 goals before leaving the side to join Leicester.

He also recently helped Nigeria side qualify for the 2022 Africa Cup of Nations in Cameroon.