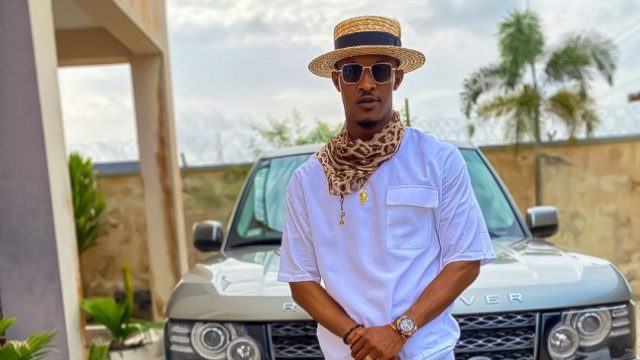 A Nigerian actor identified as Gideon Okele has labeled the Nigerian film industry “a beast” over the ill-treatment and impoverished state of the actors in the industry.

Okeke, who voiced his frustration via his Instagram page lamented that Nigerian actors are treated as “second class citizens” compared to their counterparts in the music industry.

The Tinsel actor stated: “I’ve really begun to feel frustrated in this CRAFT that I love so much.

“Remember that during the times of COVID lockdown, ONLY folks working in “essential services” were allowed to come out. Doctors, Nurses, Farmers, etc. Let me remind you that while you were holed-up in your home for upwards of 4 months, watching Television, The ACTOR participated actively, in keeping your sanity in check. That’s An Essential Service if you ask Me.”

Okeke complained about the impoverished state of actors, who he alleged are denied royalties and residuals for their work. “But for All that the ACTOR does (for society) all that accrues to him at the end of the day, is the upfront payment which he accepted. Which most of the time, comes at a Piecemeal drop, covering for a duration of A Lifetime….For Life!”

Okeke also condemned the top executives in the industry, who he accuses of being more interested in the superficial than in the welfare of the actors.

“What really is the union or the guild? What are they representing?” He asked in a video uploaded to his IGTV.

“DO THEY CONSIDER GOING TO THE OSCARS, BEING ON NETFLIX, MORE IMPORTANT THAT THE WELFARE AND LIVELIHOODS OF THE PERFORMERS WHO ARE PERPETUALLY KEPT IMPOVERISHED?”

“Call me an upstart, call me a rebel but you are a thief if you support a system that does not give what is due to the performer,” he said.

Okeke opined that the audience had the power to change the system and therefore suggested a boycott of Nigerian media:

“If you could, I will suggest, boycott everything that is Nigerian television, movies or whatever because the industry is a beast. It perpetually impoverishes the performers who keep your sanity in check.”

Over 60m Nigerians are mentally ill – Association of Psychiatrists in...