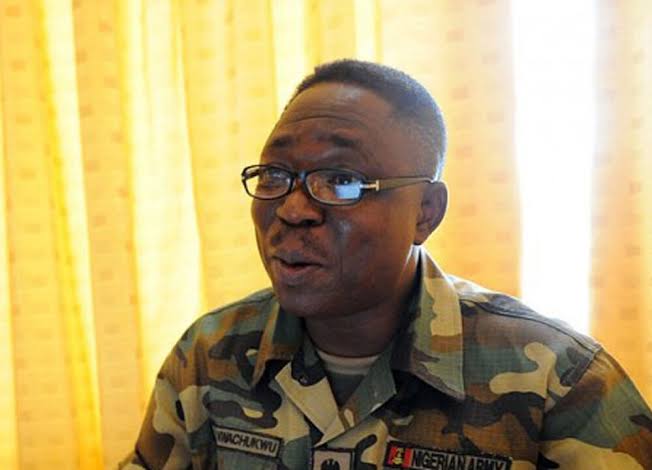 In reaction to the reports that stated that soldiers of the Nigeria Army (NA) were leaving due to alleged corruption, poor service conditions, and low morale, the High Command explained that the move was a voluntary discharge.

The spokesman of the NA, Brigadier Onyema Nwachukwu, who described the allegations as untrue, affirming that: “The subjective and unethical report is a distraction and another failed attempt at dampening the morale and fighting will of the loyal, dedicated, and patriotic fighting force of the NA.”

“Perhaps these impenitent mischief makers need to be schooled to understand that the NA is not a conscript army and that recruitment into the NA is voluntary with an extant policy on discharge and retirement of soldiers and officers respectively, like other organizations.

“This provides its personnel the opportunity to apply for voluntary discharge when they deem fit and meet the terms and conditions as stipulated in the Harmonized Terms and Conditions of Service soldiers/ratings/airmen 2017.

“It is thus, the inalienable right of personnel to voluntarily or on medical grounds apply for discharge if they meet the terms. It is therefore not an aberration that the COAS approved for 91 NA/32/4792 WO Ndagana Ishiaku and 242 others to voluntarily discharge from the NA, as being unprofessionally manipulated by some media.”

He congratulated the discharging personnel for their gallantry, patriotism, loyalty, and courage while in service and wished them the very best as they successfully exit active service from the NA.