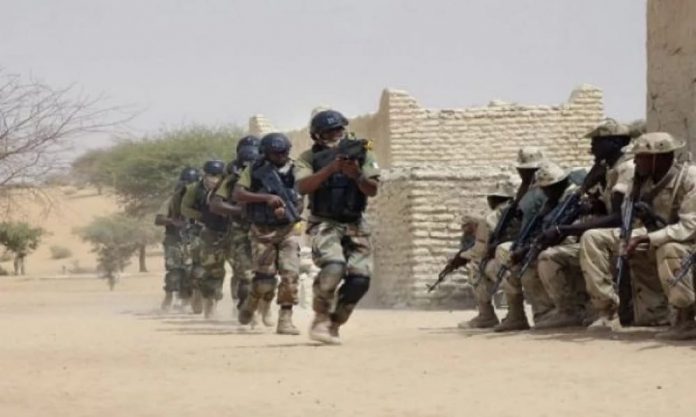 The Nigerian Army announced that troops under Operation Desert Sanity has neutralized Boko Haram/ISWAP commanders and several other terrorist in a clearance operation.

The Army announced this success on Thursday, July 7, stating that the terrorists were attacked around Dikwa-Gamboru highway in Borno State.

It disclosed that several weapons and ammunition belonging to the terrorists were captured by the troop.

Tiwa Savage Amazed As Tacha From BBNaija, Whom She Has Never...