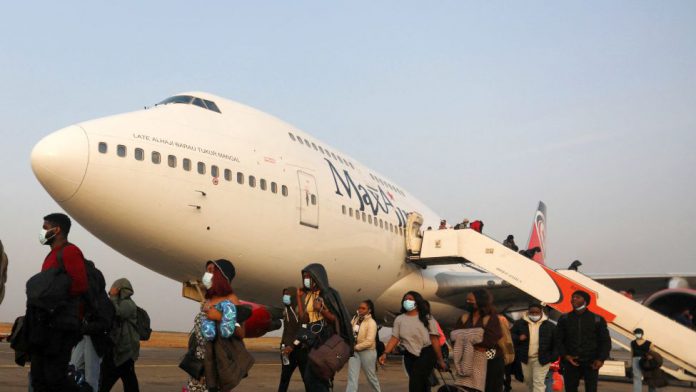 Nigeria’s airlines announced that they have called off the plan to ground domestic flights from Monday in protest at the spiralling cost of aviation fuel.

It has risen almost fourfold this year, which was unsustainable, the Airline Operators of Nigeria (AON) said.

It wa gathered that the hike was triggered principally by Russia’s invasion of Ukraine at the end of February.

But the airlines say flights will now go ahead as negotiations with the government are continuing as the latter has given some promising assurances.

Mother allegedly brutalizes and locks up son for months