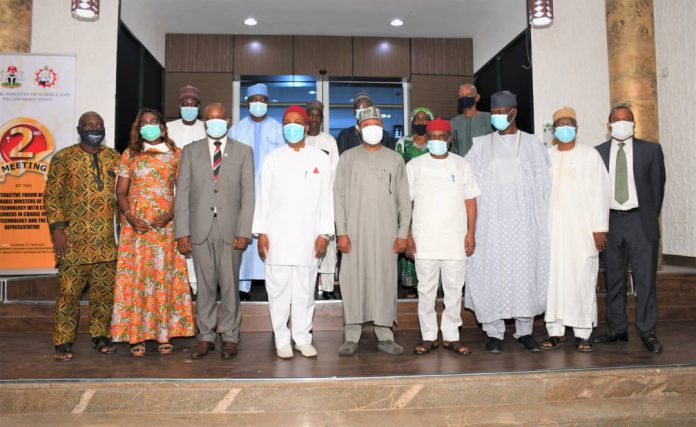 Dr Onu made the remarks at the 2nd interactive forum with the State Commissioners in charge of Science and Technology in Abuja.

“We have virtually concluded consultations with relevant stakeholders within the Ministries, Departments and Agencies of the Federal Government as it concerns Nanotechnology.

We find nanotechnology to have applications in virtually all other technologies, including space, artificial intelligence and robotics as it concerns improved productivity and reduction in size and cost,” he said.

The Minister said that the Federal Government was determined to improve funding of Science, Technology and Innovation.

He said; “Mr President announced that 0.5% of our Gross Domestic Product (GDP), will now be used to fund STI in the country, though the African Union (AU), recommended 1% of GDP to be utilized for Science and Technology in all countries of the continent, the 0.5% is an improvement over what we had in the past.

Dr Onu said that the Ministry of Science and Technology is introducing Methanol to the nation’s economy, as it can be used to produce as many as 1000 different products that can be used in our homes, schools, offices, hospitals, farms and factories.

The Minister added that Methanol fuel technology will be fully domesticated in the country. Saying further that Nigerian professionals can fully grasp the technology and be in a position to export the technology to other countries in the near future.

The Minister of State for Science and Technology, Barr. Mohammed Abdullahi urged for close collaboration among the Federal, States and the Ministry’s agencies to enhance the effective domestication of the National STI roadmap 2017-2030.

He further said that state governments should create the needed governance structure that will facilitate the deployment of STI in fast-tracking economic development in the states.

Barr. Abdullahi advocated that the forum should initiate a mechanism for joint R &D programmes between the Ministry and states that have a comparative advantage in certain fields of research.

NAPTIP reunites human trafficking victim with her family after 20 years