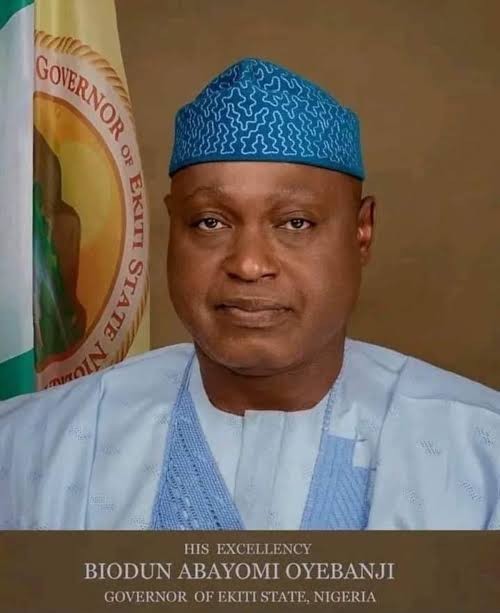 The newly sworn-in Governor of Ekiti, Biodun Oyebanji, has revealed his six points agenda to further bring economic prosperity and good governance to the people of the state.

After he was sworn in by the Chief Judge of Ekiti, Justice John Adeyeye, Oyebanji said that his six points developmental agenda would focus on youths development and jobs creation.

The governor said that his vision for the state was for it to be a land of prosperity, opportunity, peace, progress and a land which transformed people and for communities to reap the fruits of their labour in dignity, good health and safety.

According to the Ekiti state Governor, the six-point agenda was carefully selected based on his experience in the public and private sectors, coupled with the yearnings of the masses to improve the status of the state.

Oyebanji assured that his administration’s modus operandi would be the establishment of numerous platforms for widespread participation, interaction and inclusiveness of all stakeholders in actualising the set goals.

“We intend to ensure robust dialogue and uncensored expression and consultations across the length and breadth of the state, thereby ensuring the interest and participation of all in the welfare of Ekiti Kete.

“We assure the people that we will hear you and truly see you. Our outlook is a government of the people, for the people and by the people through active involvement.

“On this platform, I hereby pledge my accessibility to you all,” he said.

Dignitaries who graced the event include Governors of Kebbi, Jigawa, Edo, Lagos, Ondo, Plateau, former Governor Ayodele Fayose of Ekiti and the Deputy Governor of Ogun.

Over 60m Nigerians are mentally ill – Association of Psychiatrists in...

“I Want To Take Out My Womb” – Celebrity Stylist, Toyin...