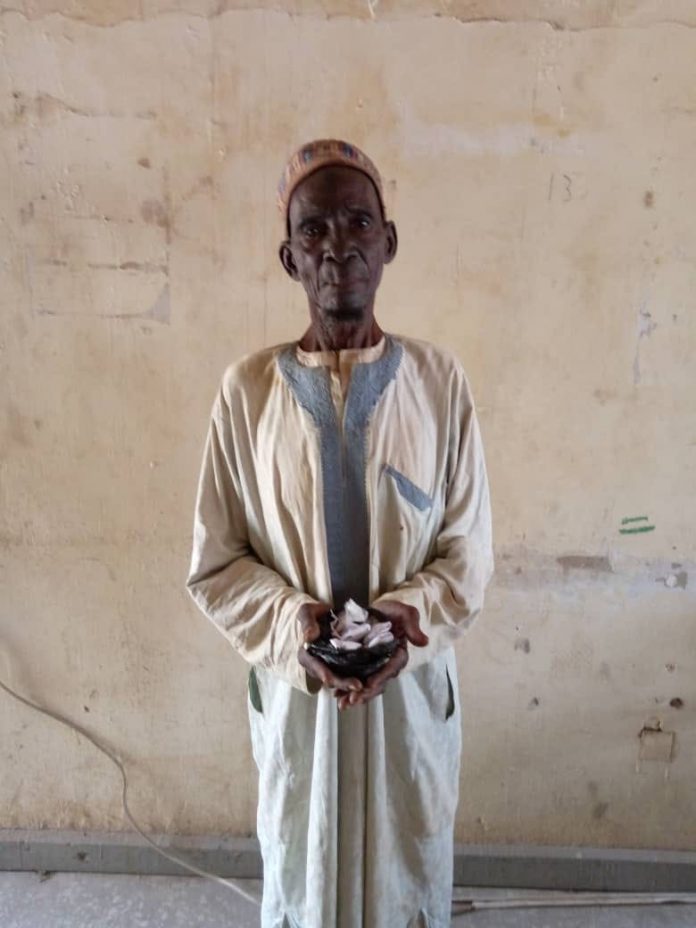 A 90-year-old man,l identified as Yusuf Yarkadir has been arrested by operatives of the National Drug Law Enforcement Agency, NDLEA, for selling drugs to the youths in Yarkadir village in Rimi Local Government Area of Katsina state.

Director, Media & Advocacy of the agency, Femi Babafemi, who disclosed this in a statement on Friday, said the nonagenarian was arrested on Wednesday, July 7.

Full of regrets under interrogation, Yarkadir confessed he has been selling cannabis sativa to the youths in his community for eight years due to their demand for the illegal substance.

Though he failed to disclose his source of supply, he however vowed his arrest would now make him to back out of the business having tried in the past to stop the illicit trade without success.