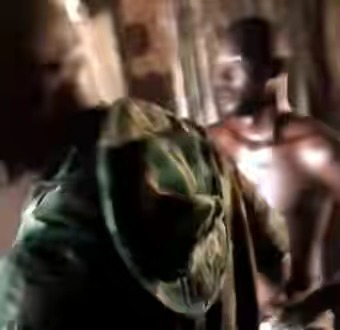 A man identified as Seun has taken to Twitter to lament that a native doctor scammed him of 7 million, out of which 6 million is not his.

The victim claimed that the native doctor “jazzed” him, such that he didn’t know what he was doing.

He disclosed that the man gave him things to eat and drink then used fear tactics to make him do his biddings.

He found himself giving the native doctor all that he had and even borrowed to give to him.

The video released online showed the victim was arresting the native doctor with the help of a soldier.