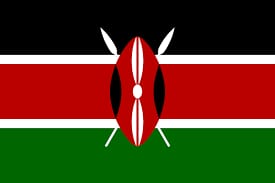 Forty-four children and their host, a 41-year old woman have been arrested on Saturday in an operation on Nairobi’s Mountain View Estate.
They were said to have been caught in possession of drugs and alcohol.

According to the officers, the raid was as a result of a tip-off from residents on the existence of a cartel targeting schoolgirls in the city.

The Directorate of Criminal Investigations said the children comprised 26 boys and 18 girls aged between 14 and 17.

The police disclosed that all were in primary and secondary schools in Nairobi, Kiambu, and Machakos counties and had been there for hours. The officer added that it is not clear if their parents were aware of the meeting.

The host, a 41-year-old woman, was interrogated by detectives attached to the Dagoretti police command. Bhang and different brands of whisky and vodka were nabbed.

DCI boss, George Kinoti said investigations were ongoing to establish how the children left their homes and traveled that far without raising suspicion from their parents.

“The DCI once again requests parents to take a keen interest in their children’s activities at home and on social media networks,” he said.

On Sunday, the team handling the case visited Thika an effort to trace the place where the girls may have been partying. Their mission was unsuccessful.

The officers contacted some of their parents following the raid.

The team said the girls were uncooperative and some of their parents are now afraid of what may befall them later.

Officers from the Child Trafficking Unit, however, said they were determined to crack the gang. “In a matter of time, we will crack this,” said an officer aware of the probe.

While they had not yet established whether it was a case of sex trafficking, Dagoretti police chief Francis Wahome told the Star detectives were exploring all options by casting their net wide.

“The probe is ongoing and we are still looking for more suspects,” Wahome said.

Meanwhile, an incident had earlier been reported in which six girls who had been missing for almost a week were found in a house in Nairobi after their parents raised the alarm.

The girls were said to have been shooting naked videos of their activities in the house in Thika town and shared them with a few friends. Three of the girls are still in police custody as the said host is being sought. He is said to be a doctor.

When they showed up at the Central police station hours after their relatives had raised the red flag, the teens said they were “killing boredom” away from home, adding that there was no cause for alarm.

They did not seem bothered that their action had caused anxiety. The police have since seized their mobile phones for further analysis as they probe the reason behind their moves.

Kenyan election: the next steps