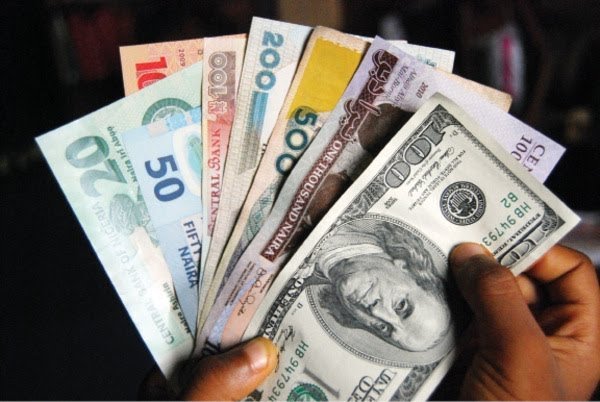 The Nigerian Naira has fallen by 34 percent in 10 months, closing at N710 to a dollar on Wednesday in the parallel market.

This has mounted more pressure on manufacturers who are no longer able to get dollars from the official market to import their raw and packaging materials.

At the Investor & Exporter forex window, the naira hit a high of N444 before closing to the dollar at N430. The I&E market recorded a total turnover of $126.69m on Wednesday.

The President, Association of Bureaux de Change Operators of Nigeria, Alhaji Aminu Gwadabe, affirmed that, “the rate closed at N710/$.”

Gwadabe said over $20bn dollars was expected to come into the economy from the diaspora this year, with a large part of such funds coming in through unofficial channels because of the control by International Money Transfer Operators and other favored operators.

He added that Nigeria has failed to leverage oil windfall to drive huge dollar inflows into the economy due to an opaque petrol subsidy regime, oil theft and lack of gas infrastructure. Its non-oil exports last year was merely $10bn, four times less than Vietnam’s $38bn earnings from garments in 2021 and nearly five times less than what the country received for exporting phones ($57.54 bn).

Meanwhile the Senate has summoned the Governor of the Central Bank of Nigeria, Godwin Emefiele, to educate and inform senators in a closed session on the reasons for the rapid depreciation of the value of the naira.

The resolutions were reached by lawmakers after the upper chamber considered a motion sponsored by Senator Olubunmi Adetunmbi (APC – Ekiti North).

The motion was entitled, “State of CBN Intervention Funds and Free Fall Of Naira.”

Coming under orders 41 and 51 of the Senate Standing Order, as amended, Adetunmbi bemoaned Nigeria’s economic reality amid an urgent call for “extraordinary measures.”

The Senate noted that CBN must urgently intervene to stop the rapid decline in the value of the naira vis-à-vis the dollar and other international currencies.

It also directed the Senate Committee on Banking, Insurance, and Other Financial Institutions to conduct an assessment of CBN intervention funds and the declining value of naira to come up with sustainable solutions.

Kenyan election: the next steps

Man allegedly unleashes his dogs on a Female Police Officer