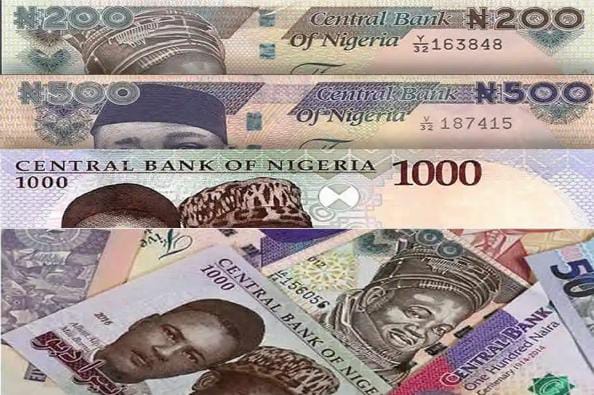 Divergent opinions have greeted the Central Bank of Nigeria’s decision to withdraw three denominations of the Naira, redesign them and print new notes.

The announcement which caught many Nigerians unawares has elicited mixed reactions from analysts and experts. While some apprise the policy as good, others questioned its timing.

CBN Governor Godwin Emefiele, who announced the plan, gave many reasons for the decision. Some of the reasons are to control inflation, discourage naira hoarding and make it difficult for terrorists and kidnappers to collect/spend ransom. He also noted that the redesign of the naira was long overdue.

Note that this policy move is coming at a time when the naira has lost a significant portion of its value.

However expert believed that It is a way to boost the e-Naira, it is a way of taking quantum money out of circulation to encourage people to embrace the e-Naira and help curb inflation indirectly. It will not fight inflation but it can achieve some points.

While some believed that It is a motion without movement. The implication is that it will cost more money to print the new currency in a society already laden with heavy debt. It is like they have run out of ideas for fighting inflation and stabilizing the economy. Redesigning N200, N500, and N1000 naira notes is simply cosmetics to the solution on the ground; they should find a better way to bring the economy to a stable position.

Also, reacting to the development is Mr Boniface Okezie, the National Coordinator of Progressive Shareholders Association. He said:

“Governor Godwin Emefiele has lost ideas for economic revival. He is now a confused man. Redesigning N200, N500, and N1000 naira notes will not stop the naira from losing value; it has no value any longer. He should look for better ideas. He should find out other ways to salvage the naira and make it return to its past glory. Redesigning the naira has no bearing on the economy; that will not bring down inflation. Naira is on a free fall, they should rather come up with better solutions than this cosmetic approach”
Omoyele Sowore, the presidential candidate of the African Action Congress, demanded that the governor of the Nigerian Central Bank be removed immediately because of this new policy direction. Reacting on Twitter, Sowore said: