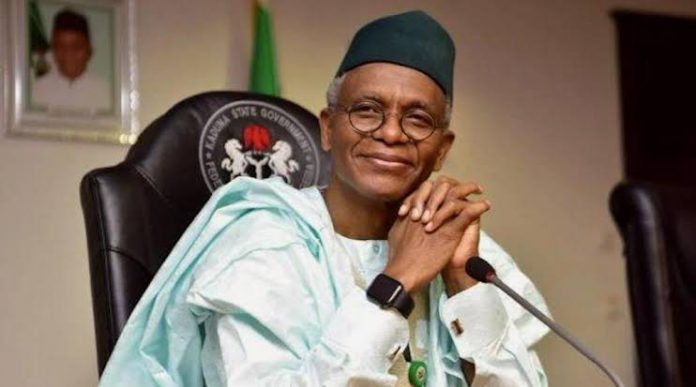 Kaduna State governor, Malam Nasir El-Rufai has said that it was wrong and needless to kick against the Muslim-Muslim presidential ticket of the ruling All Progressives Congress (APC).

El-rufai said that when he chose his deputy, Hajia Hadiza Sabuwa Balarabe, he was told that he was going to lose the election, but he won overwhelmingly and because his deputy was a female didn’t stop her from being powerful.

The governor stated this while reacting to a trending topic on the Muslim-Muslim presidential ticket which most people kicked against on Channels Television, ‘Politics Today on Friday through zoom.

El-Rufai, a Muslim is speculated to be eyeing Vice Presidency on the APC platform.

Recall that the Christian Association of Nigeria (CAN) and the former Secretary to the Government of the Federation (SGF) Babachir Lawal have been at the forefront of kicking against the Muslim-Muslim presidential ticket.

Babachir Lawal believes that Nigerians are more conscious of political development than before, and may not vote for APC if it fielded Muslim-Muslim candidates.

El-Rufai however dismissed the assertion with a wave of the hand, saying that the business of governance has nothing to do with religion and that selection should be based on ability and readiness to cause a positive change and not religion.

He described as sad and pathetic the way and manner people were linking religion with politics, noting that both should be two ways apart.

He said the developmental strides of a person in power is never a function of the person’s religion. We are faced with insecurity, economic meltdown, and global issues and what some people are concerned with is the religion of who would be President or Vice.

“It is not our religion that will solve our problem, it is the people who are competent and capable that will address the problem of Nigeria, unite the country and put it on a progressive part”, he said.