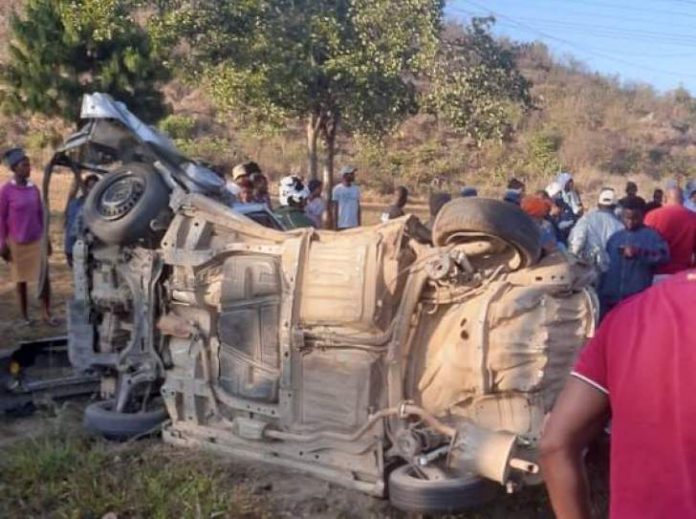 A collision involving two Honda Fit vehicles in the border city resulted in the death of six people on Sunday morning.

It was gathered that the road traffic accident happened on a curve along the Mutare-Masvingo Road just after Mutare Teachers College.

“The ZRP confirms a fatal road traffic accident in which six people died while two others were injured after two Honda Fit vehicles collided early in the morning on 04/09/22 along Mutare-Masvingo Road near Mutare Teachers College. More details will be released in due course,” police said through the ZRP Twitter handle.

A witness, John Matakura, said the victims died as a result of the injuries they sustained in the accident.

“The accident occurred around 5am. One of the vehicles was heading towards the city while the other was coming from the direction of Dangamvura. We saw the five people that were already dead when we got to the scene. It was a sorry site. We had to cover the dead with blankets,” he said.