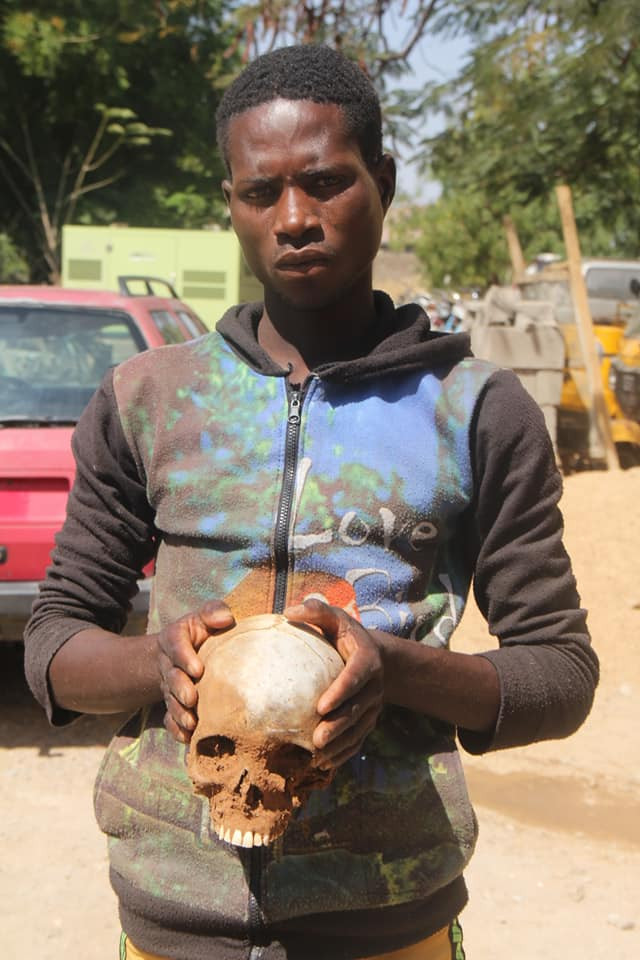 Bauchi State High Court has sentenced a man identified as Musa Hamza, to death by hanging for killing his 17-year-old neighbour, Adamu Ibrahim.

He had voluntarily confessed to have committed the crime, saying he was asked by a ritualist to bring the eyes for ritual to enable him to be rich.

The court presided over by Justice Faruq Umar Sarki sentenced him to death by hanging having been found guilty of the offence he was charged for.

Justice Faruq Umar delivered the judgement and pronounced the sentence after he was found guilty of killing the teenage boy, cutting his neck, plucking out his 2 eyes, putting the eyeballs in a bottle, and burying his head, and body at different locations.

Lawyers from the State Ministry of Justice, comprising Mohammed Y Ibrahim, Salihu A Haruna and Ali S Yusuf had filed a case against the convict accusing him of the offence of murder, punishable with death as per section 221 of the Penal code law.

The prosecutors told the court that Musa Hamza, from Alkaleri Local Government Area of Bauchi state, had called the deceased to a nearby bush.

While there and out of sight of people, he hit him with a stick, cut off his head, plucked out his 2 eyes and buried his head and body at different locations.

The suspect initially denied the accusation against him before the court at the beginning of the trial, but later admitted it.

The prosecution presented six witnesses before the court to prove if case while the defence presented one witness that was the accused himself.

The prosecution witnesses said that the boy’s father brought a complaint that his son did not return home on the day, but he heard information that he was seen with the accused and that they went out, three of them at night and ate dinner together.

They added that there was no fight between them, and did not insult each other, later, one of them left the accused and the deceased together, but when the suspect was asked, he said that he too left him.

But after he was arrested, police went and searched his room and found the phone and the Sim card of the deceased in his place, when the phone was found with the suspect, the investigation continued and he confessed to the crime against him.

He said that he took the deceased to the forest and killed him and cut off his head, plucked his 2 eyes and took the Police to where the body of the deceased was buried.

When asked where the eyes were, he said that he left them at home because he put the eyes in a bottle.

Police went and took the eyes and took the deceased body to Alkaleri General Hospital where a medical doctor certified his death.

All the efforts made by counsel to the accused, Mahmud Maidoki to defend him were unsuccessful.

While sentencing him, the Presiding Judge, Justice Umar Faruq Sarki said that based on the statements of the witnesses and the confessional statement of the accused, the court found him guilty because the accused committed the crime of murder with intent,

Justice Faruq Umar also refused to agree to his request for leniency and sentenced the accused to death by hanging as provided for in sections 273 and 221 of the Penal code laws to serve as a deterrent to those who want to commit such a crime.