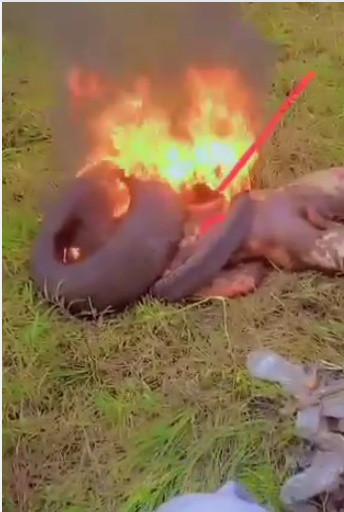 An angry mob has burnt a suspected burglar to death in Ovwian community, Udu Local Government Area of Delta State.

The incident was confirmed to PUNCH by the spokesperson of the State Police Command, DSP Bright Edafe, who added that he had yet to get the details.

“I heard about it but I don’t have the details yet. I will call the DPO in charge of the area; I can’t confirmed it now,” he stated.

It was said the suspect was caught burgling stores in the area on Monday, April 12.

“The young man was caught in the act and he was initially beaten to a pulp by youths, including his past victims. The man had been the brain behind a series of burglaries of stores in the area; so, it was that anger that the people vented on him,” the source revealed to PUNCH.

“While he was being beaten, words got to his aged father, who was said to have disowned him, and the old man affirmed that he was a snare to him and his family.”

Following the father’s words, the mob set the man ablaze and burnt him to death before the arrival of security personnel.

5 things to know about Kenya