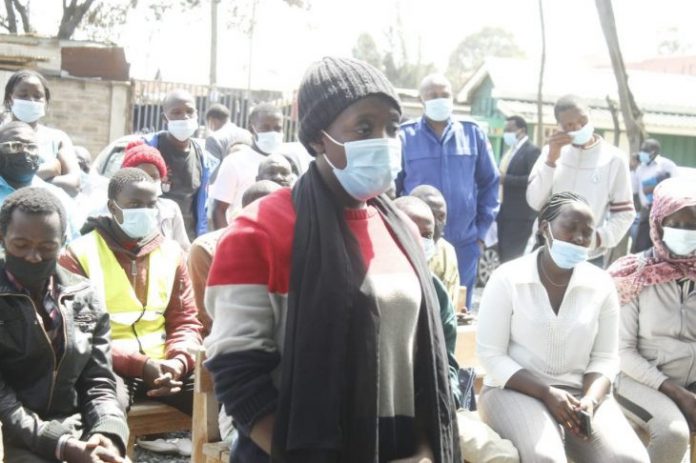 A woman identified as Sharon Agosa has been placed on trial before Kibera law court, Kenya, for allegedly assaulting her lover’s wife, Juliet Nafula.

It was gathered that the accused was arraigned on Monday, November 1.

She was said to have attacked “Juliet Nafula on October 24 at Kawangware Sokoni area within Dagoreti Sub-County.

Nafula told the court that on the fateful while on her way to her workplace, she heard Sharon calling her as her co-wife.

The complainant said that she was not interested in Sharon’s work, she never cared to listen to her, therefore opting to proceed to her workplace. It is at this point that she claimed that Sharon decided to attack her.

Following the fight, Nafula said that she sustained serious injuries forcing her to go to the hospital for treatment.

At the hospital, she was advised to report the matter to the police who visited the scene of the incident before arresting her attacker.

Sharon has, however, denied assaulting Nafula.

Meanwhile, the case has been scheduled for mention on December 15.