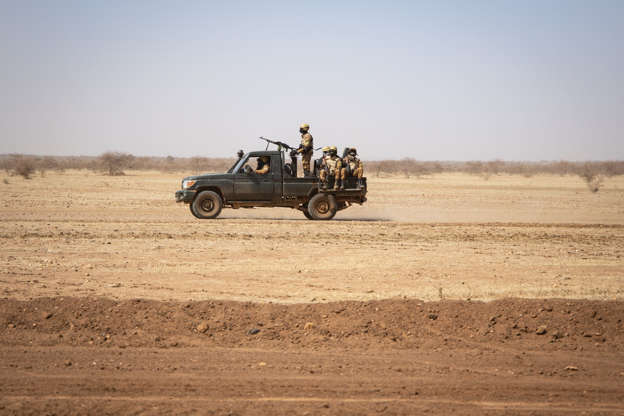 An attack by insurgents have reportedly killed 19 Burkina Faso military police and a civilian on Sunday in the tri-border northern region where the West African nation is battling Islamist militants.

The Security Minister Maxime Kone who stated this asserted that the toll was provisional.

The attack on a military police outpost near a gold mine in Inata came two days after another attack in which seven police were killed in the area near Niger and Mali. read more

Islamist militant groups linked to al Qaeda and Islamic State are active in the tri-border area where several nations including France, Chad, Niger, Mali and Burkina Faso have deployed hundreds of troops.

Two Burkina Faso security sources and a diplomatic source told Reuters earlier on Sunday that at least 30 military police were killed in the attack and the toll could be higher, making it one of the deadliest attacks on Burkina Faso troops.

Burkina Faso’s armed forces confirmed the Sunday attack in a statement saying “a gendarmerie detachment was the subject of a terrorist attack”.

Festivals Associated with the Journey of the Holy Family Now UNESCO...

Fact Check | Public Service Commission has no job openings in...