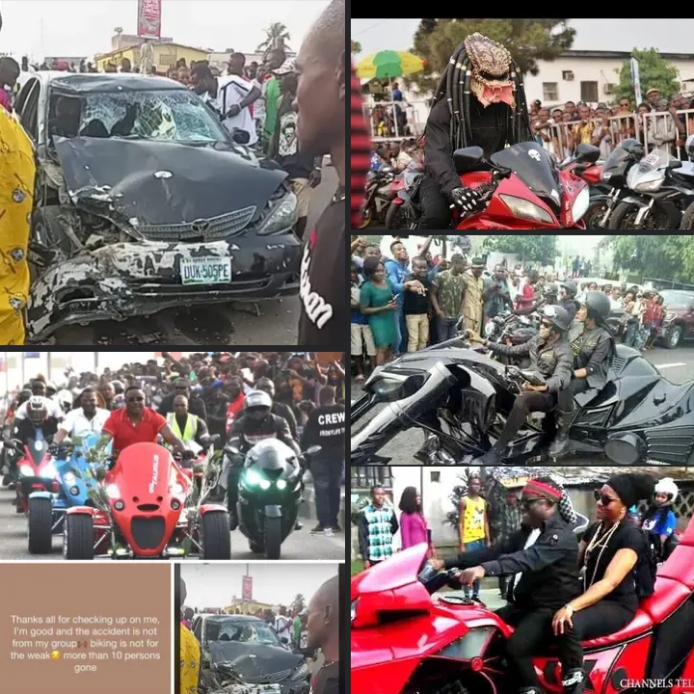 A car rammed into the crowd barely one hour after the flag-off of the Bikers/Exotic Cars Parade, which is part of the events leading up to Wednesday’s Carnival in Calabar.

The driver of the vehicle who was taking part in the event today December 27, lost control of the vehicle and rammed into spectators at the Bogobiri axis of the carnival route.

The number of casualties is currently unknown but many are feared dead.

Someone at the scene claims more than 10 people have died.

The affected persons were rushed to Navy Reference hospital, Calabar.

The event caused the event to be brought to an abrupt end.