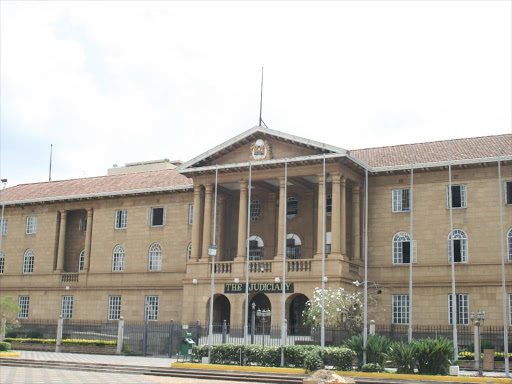 Isaac Mwangi, who reportedly killed his wife, Loise Adoyo and was sentenced to death for the crime on January 30, 2017, has recently won an appeal reversing his sentence to 30 years imprisonment.

It was gathered that laye Adoyo denied him tea in her market stall and the husband complained that she had not slept at home the previous night.

During the court session, judges noted that the appellant was a first offender and remorseful for the death of his wife.

Mwangi, who has been put on death row for stabbing his wife to death after she denied him tea will now serve 30 years imprisonment after winning his appeal.

Mwangi was aggrieved by the former decision of the court, he, therefore decided to appeal the sentence, which he won.

Appeal judges Fatuma Sichale, J Mohammed and Sankale ole Kantai ruled that the death sentence is still lawful under the Constitution but the distinction made by the Supreme Court in the case of Francis Karioko Muruatetu is that the mandatory nature of the sentence is unlawful.

“The record clearly shows that the learned trial judge did not exercise his discretion in sentencing the appellant as he considered himself bound by the death penalty provided under Section 204 of the Penal Code,” they ruled.

The judges noted that despite Mwangi’s remorsefulness, the gravity of offence cannot be understated.

According to the prosecution, the two had been married for two years.

Mwangi sold cabbages in Muthurwa market, Nairobi, while the wife owned a food stall in the same market.

On the morning of November 18, 2008 Judith Omusungu found Mwangi and the wife quarreling in the food stall.

Mwangi accused her of failing to spend the previous night at home and demanded a cup of tea but she refused.

The wife called market security who forcibly removed Mwangi from the stall.

Later on, John Muchoki who owned a neighbouring stall heard a scream. He turned and saw Adoyo falling down as Mwangi ran away.

She was rushed to Kenyatta National Hospital where she died.

Dr Joseph Njuguna who conducted an autopsy produced a postmortem report indicating that the deceased had a stab wound extending from the upper part of the abdomen to the right side of the chest through the right lung, which had partially collapsed.