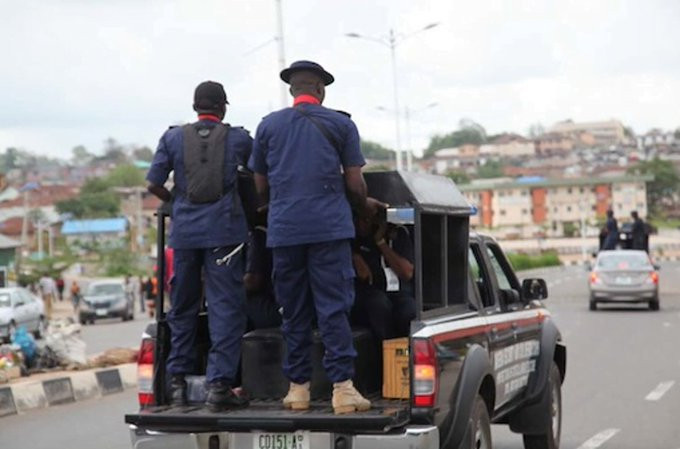 A 32-year-old man identified as Nwa-Aba was reportedly shot early yesterday morning, by an official of the Nigeria Security and Civil Defence Corps (NSCDC) in Cross River State.

It was gathered that he was urinating opposite the Calabar, Cross River State office of the Corps.

Though the shooter is yet to be identified, an eyewitness told The Nation that Nwa-Aba was shot twice in his waist as he relieved himself about 50 metres away from the NSCDC office.

“He was urinating at a spot when the Civil Defence officer shot him in his waist. He is a labourer at the Petroleum Tanker Driver’s park. He has been rushed to the hospital and we don’t know his condition for now.”

NSCDC spokesman, Solomon John disclosed that the incident is being investigated.

“We came in this morning (Wednesday) to discover what happened because it happened in the early hours and only officers who were on night duty witnessed it. I can tell you that there is an ongoing investigation,” he said, adding that “the guy is okay” after being rushed to hospital, ” John stated.

Tinubu is no match for Atiku – PDP