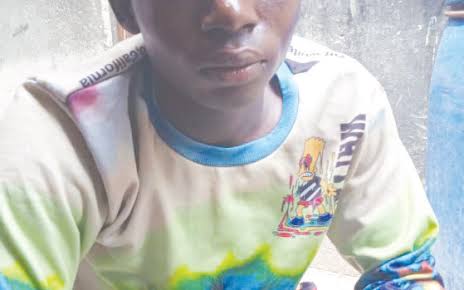 A middle aged man (name withheld) of Oviri-Olomu community in Ughelli South Local government Area of Delta State has allegedly sold his one month old twin child for an undisclosed amount of money due to poverty.

It was gathered that the incident which hapened recently threw the community into confusion as many thought the child was stolen.

According to the reports, it was alleged that the father of the child arranged with a strange woman whom he sold the child to after sending his wife on an errand.

One of the youth leaders, who pleaded anonymity, said the woman was earlier seen in the company of the father of the child which made people suspect him of being behind the criminal act.

However, findings later revealed that the father of the child secretly arranged with the woman after he sent his wife on an errand to purchase some food items and immediately sold out the child to the strange woman.

He added that when the mother of the missing child returned and discovered that her son was missing, she queried the husband on the whereabouts of her son and then raised alarm about the development.

“Don’t let anyone use fake life to deceive you” – BBNaija...

Why I Was Invited By EFCC – Shinkafi