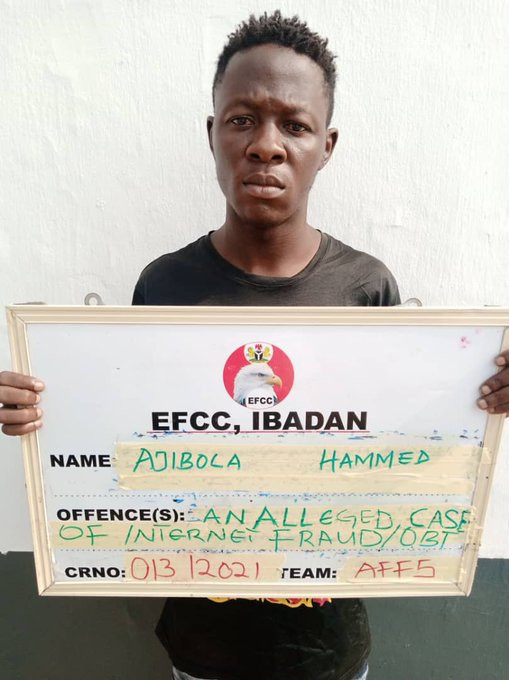 Justice Patricia Ajoku of the Federal High Court sitting in Ibadan, Oyo State, on Monday, March 15, convicted and sentenced one Ajibola Hammed, to three-months in prison.

According to the Economic and Financial Crimes Commission(EFCC) he was convicted after he pleaded guilty to an amended charge bordering on impersonation, contrary to Section 22(2)(b)(i) of the Cybercrime (Prohibition Prevention, Etc.) Act 2015 and Punishable under the same Act.

The defendant, in a classic love scam, represented himself as Jessica Mercy, a white woman, to one Juan Angle, an American man with whom he claimed to be deeply in love, the agency said.

He pleaded guilty to the charge, having entered a plea agreement with the EFCC, culminating in the amendment of his charge.

In view of his plea, Justice Ajoku convicted and sentenced him to three months in prison. The court also ordered him to forfeit one Vivo 1906 phone to the Federal Republic of Nigeria.

COVID-19 will subside but it not go away, RCCG General Overseer...