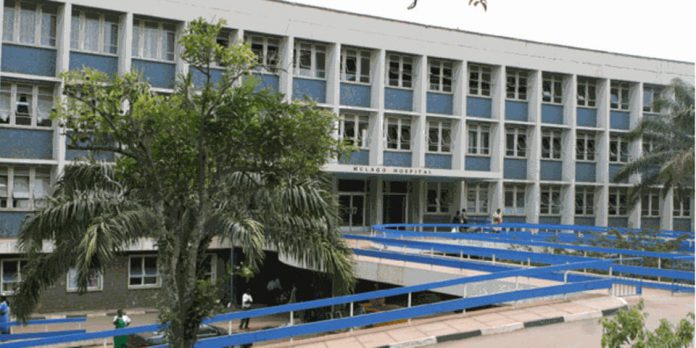 Police in Wandegeya, Kampala, are investigating how a man jumped from the last floor of Mulago National Referral Hospital and died during the weekend.

“Police in Wandegeya are investigating a suicide case in which Joseph Waswa jumped from the 5th floor of Mulago Hospital and died instantly,” he said.

“Our investigations are trying to find out how the deceased gained access to Mulago hospital,” Mr Owoyesigire added.

It was gathered that Waswa died from injuries that he sustained.

“His body was found with a lot of bruises. It was taken to the city mortuary,” he said.

Police say the authorities checked through the records of the hospital and the deceased had not been admitted for treatment.

As at Monday, police had identified a few relatives of the deceased after they checked through his phone and called the last dialed numbers.