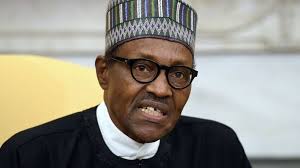 The President of Nigeria, Mohammadu Buhari has said on Monday, September 28 that West African states are not ready to lift sanctions on Mali.

In the statement issued out, the president gave reason for the aforementioned, stating that it is “because the leaders of the August 18 coup have not yet satisfied all the demands for a handover of power to a fully civilian government.”

The Economic Community of West African States (ECOWAS) said it would lift sanctions, which have caused imports to the landlocked country to slump 30%, once a civilian prime minister was named, as was the case on Sunday, among other demands.

The statement also read that heads of state from the region could confer again to discuss the outstanding issues.

Retired Colonel Bah Ndaw was sworn in as president last week, alongside with his vice president, Colonel Assimi Goita, who led the coup that ousted President Ibrahim Boubacar Keita.

Two Grade 12 schoolgirls hacked to death with axe in KZN