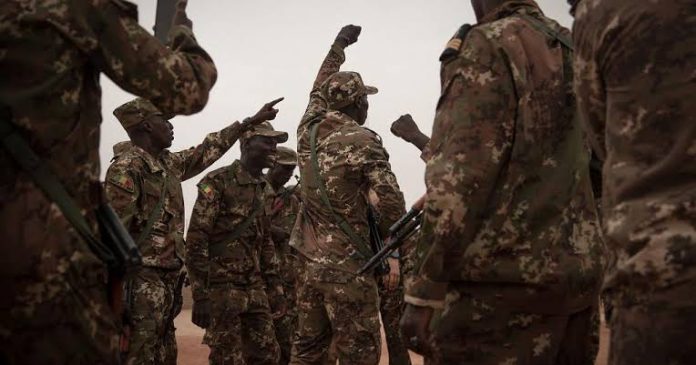 Ivory Coast government has called for the immediate release of its 49 soldiers who were arrested on Sunday, July 10, at the international airport in Bamako, adding that they are not mercenaries.

According to the Ivory Coast government, the soldiers were registered in the workforce of the Ivorian Army, and were in Mali as part of a UN peacekeeping mission.

Meanwhile, Malian government spokesman, Colonel Abdoulaye Maiga, had earlier accused the soldiers of being “illegally in the national territory of Mali, in possession of weapons and munitions of war, without a mission order or authorization”.

Mali’s government said it intends to put an end to the protection activity of the Sahelian Aviation Services by foreign forces and will demand their departure from Malian territory.

The government invited “the airline” Sahelian Aviation Services “to henceforth entrust its security to the Malian defense and security forces”.

Mali has faced recent tensions with the international community and the United Nations.