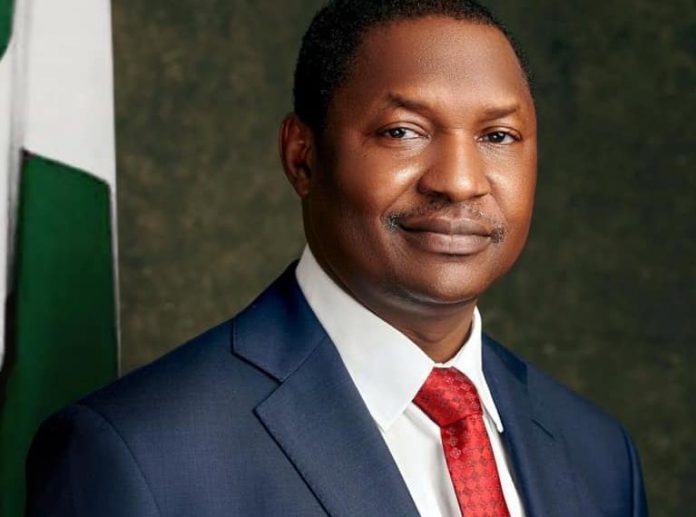 The Minister of Justice and the Attorney General of the Federation (AGF) Abubakar Malami has ordered the prosecution of those violating the  Twitter ban by the Federal Government.

Some Nigerians on Saturday resorted to accessing Twitter through Virtual Private Network (VPN) following the shut down by the Nigerian Government.

In a statement issued by the Media Adviser to the Chief law officer of the Federation, Umar Jibrilu Gwandu on Saturday in Abuja stated that the ban which was announced by the Minister of Information and Culture subsists till further notice.

Lai Mohammed had announced the suspension of Twitter operations in Nigeria till further notice.

Twitter’s suspension by the federal government came two days after a post by President Muhammadu Buhari on the 1967 civil war was deleted by the microblogging platform.

VPN means Virtual Private Network, an app that bypasses the Federal Government’s International Protocol (IP) which has been disabled

‘Don’t be too quick to blame Eskom’ – Ramaphosa urges Sedibeng...