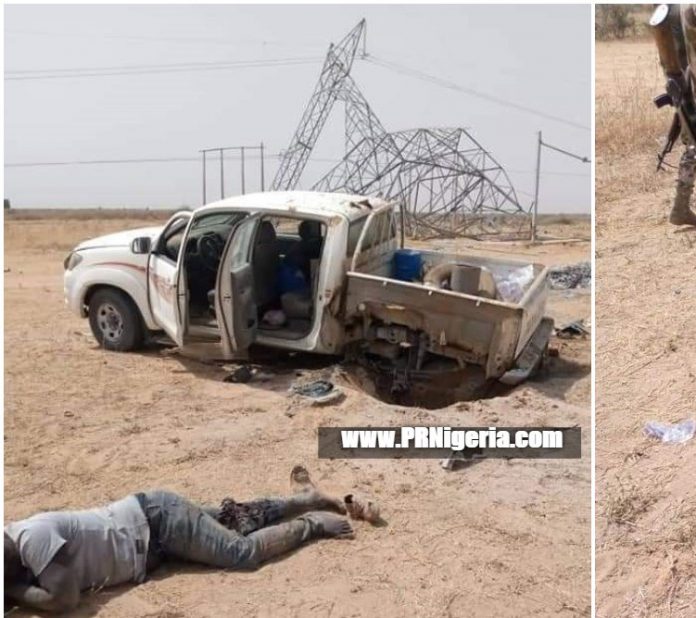 Two staff of the Transmission Company of Nigeria (TCN) were severely injured when their vehicle ran on a landmine allegedly laid by Boko Haram terrorists at Mainok in Kaga Local Government Area of Borno State, setting off a huge blast.

According to a report by an online security, news platform said the blast occurred when a team of engineers from the TCN and Yola Electricity Distribution Company (YEDC) were on their way to some sites to work on damaged facilities and restore electricity in Maiduguri and environ.

The injured staff were evacuated to Maiduguri Teaching Hospital (UMTH) for medical attention.

A security source attributed the attack to leaked pictures of the activities of the TCN officials on social media towards the restoration of electricity in the affected areas of the state.

Incessant attacks on electricity facilities by the terrorists have disrupted the power supply to Maiduguri and some parts of the state in the last one month.