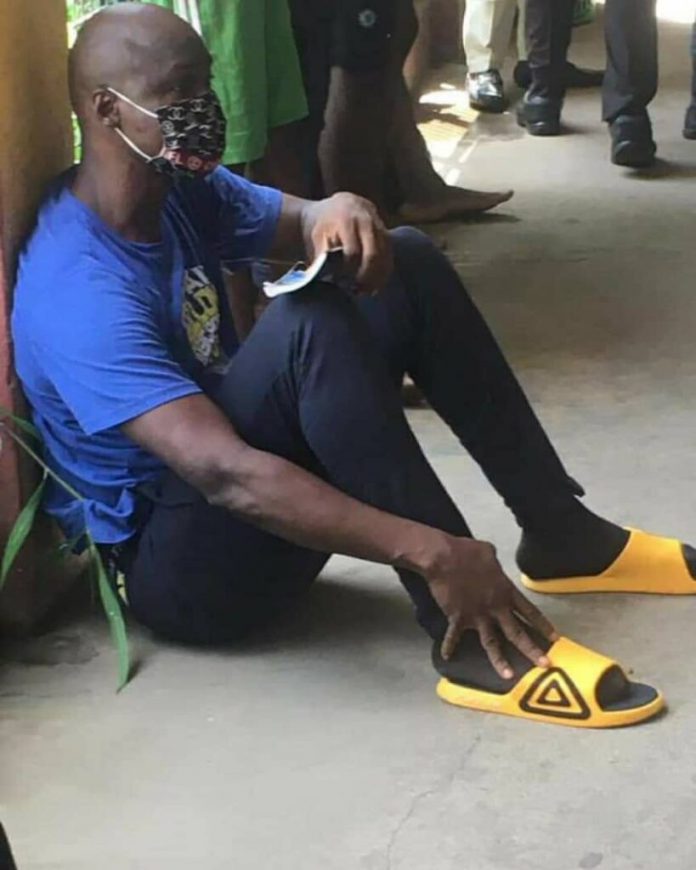 It should be recalled that the movie star was arrested in April this year for allegedly defiling the foster daughter of comedienne, Princess, when she was 7 and 14 years old.

After 25 days in detention, Baba Ijesha was granted bail on May 17 by magistrates in charge of prison decongestion. He however has remained in custody as he failed to meet his bail conditions.

On Wednesday morning, June 16, he was arraigned before the Magistrate court. His counsel, Kayode Olabiran, prayed the court to release his client on health grounds.

Delivering a ruling in the bail application, the magistrate, P.E Nwaka, held that the court can not grant the actor bail because the matter is beyond its jurisdiction. The judge also explained that the case has already been filed before the high court.

Also speaking, Yetunde Cardoso, the superintendent of police in charge of the case, said the matter is now beyond the police.

“Mr Olanrewaju was actually granted bail during the JUSUN strike and based on the conditions given, he couldn’t meet them and he was properly charged today.

“Just like the court stated, the case has already been filed before the high court and the Directorate of Public Prosecution (DPP) of Lagos State Ministry of Justice has taken over the matter from the police.

“So presently, we have handed over to the DPP so the case is before them (DPP). It has nothing to do with the police anymore, it’s now left for the DPP to handle it,” she explained.

Gov’t is committed to fight illegal logging just as ‘galamsey’ –...

2023 Elections: INEC Will Release Timetable Once Electoral Bill Is Signed...