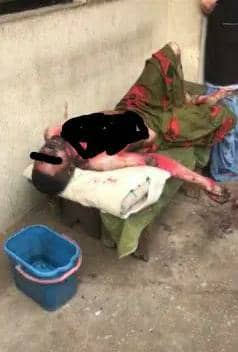 A lady has reportedly set her ex-lover ablaze on the day of his traditional wedding for abandoning her for another woman.

It was gathered that the incident took place in Abia State.

According to reports, the lady who is yet to be identified, invited her ex-boyfriend on the day of his traditional marriage, and poured fuel on him, and set him ablaze.

The guy had grabbed her before she fled, which led both of them to be burnt to third degree.

As of the time of filing this report, the duo had been rejected by three hospitals and they were on their way to Umuahia.

Azimio Govt to lower cost of living in first 100 days...

There will be no mass disconnection of telephone subscribers, NCC Affirms