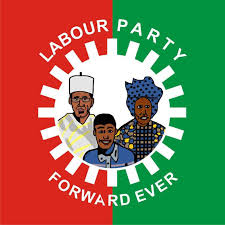 The National Chairman of the Labour party Julius Abure has declared that aspirants that stepped down for Peter Obi at the Asaba convention did so voluntarily without any obligation on the part of the party or its Presidential Candidate, Peter Obi.

Abure was reacting to the claim by one Oluwadare Faduri Joseph that he ceded his Presidential ambition to Peter Obi but was sidelined after exhausting all avenues to be compensated for all his pre-campaign expenses.

Abure while clarifying issues on the claim, said there was no agreement reached with any of the aspirants that stepped down for Labour Party’s candidate Peter Obi at Asaba.

While responding to a poser by newsmen after he read a communique endorsing the list of its Presidential Campaign Council released on Wednesday as the authentic list to prosecute its 2023 presidential election campaigns, he said Faduri Joseph voluntarily withdrew from the contest on his own

“He withdrew his contest in the Asaba Primaries, apparently he saw that he may not be able to win the primaries.

“There was no agreement whatsoever that was reached but generally, we carry every member along, once you are a member of the party and you participate in the activities of the party, we provide a level playing field for every person.

“But we suspect that this is a political era where the opposition parties are threatened by our popularity by the program that we have, some people are willing tool to be used by other political parties.

“This is to state clearly that there was no agreement with any person either in terms of benefit or anything. We have not yet won the election, even if there is going to be sharing of portfolios or anything it should be after winning the election.”

Speaking at a World Press conference also held in Abuja, the leader of the Rescue Nigeria Movement, Sheikh Rufai Al-Siddiq, said members of the group were compelled to make public the sad experience their leader, Oluwadare Faduri Joseph, after ceding its presidential ambition to Peter Obi, was left in the sidelines after exhausting all avenues to be compensated for all his pre-campaign expenses.

“It may interest you to note that His Excellency Oluwadare Fadure Joseph, is one of the first loyal party members to seek the 2023 Presidential nomination from the party. In fact, Labour Party became our baby as we woke up the sleeping party, using his personal resources and that of the members of the Rescue Movement.

“We absolved millions of our committed followers into Labour Party across the country to kick start a party that had been moribund for a while and we champion the Compass of the Party as stipulated in the Labour Party guidelines.

“Our principal bought the Presidential Form with the sum of N30 million to participate in the party’s Presidential Primaries.

Unfortunately, he was restricted from participating in the presidential primary election after purchasing the form with a fabricated kangaroo consensus of Mr Peter Obi, as forced by the party

“It is on record that His Excellency, Faduri Oluwadare Joseph, was forced to step down for Peter Obi under duress. With proof that will be released to the public when the time comes.

“This is coming more than five months after the Asaba convention, up till now, Labour Party refuses to reach out to His Excellency Oluwadare Faduri Joseph or compensate him for the over N500,000 000 (Five Hundred million naira) he spent on intent/Nomination forms, Contact/Mobilisations and Reviving the party nationally. Not only that, they succeeded in frustrating every attempt we made for settlement after forcing His Excellency Oluwadare Faduri Joseph under duress to step down for Mr Obi.”