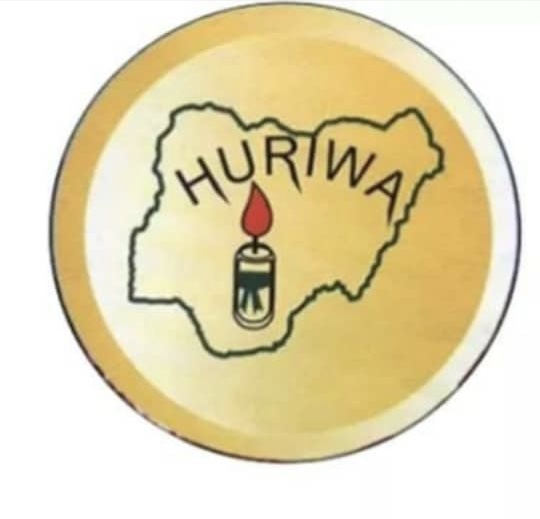 Human Rights Writers Association of Nigeria (HURIWA) has condemned the alleged military invasion of the Konshisha Community in Benue State and the attendant destruction and the indiscriminate killings and destruction over reported unwarranted killings of about one dozen professional soldiers.

HURIWA, therefore strongly urged the Chief of Army Staff Lt Gen. Attahiru Ibrahim to adhere strictly to the principles of the rule of law and to comply with extant constitutional benchmarks for all internal security operations just as the military by law must be made to know that nobody is above the laws of the land.

“The new Army Chief must prioritise respect for the fundamental human rights of citizens if he hopes to succeed in his arduous and challenging task as the head of Africa’s biggest Army.”

In a statement signed on Friday in Abuja by the National Coordinator, Emmanuel Onwubiko, HURIWA condemned the unwarranted attacks on the Army in their line of duty and the unnecessary murders of over a dozen soldiers by some armed hoodlums in the Konshisha community in Benue State, however, stated that it was primitive and unconstitutional for the military to carry out revenge attacks in such a way that over three dozen completely innocent people were reportedly slaughtered for offences they know nothing about.

HURIWA stated that tolerating this sort of revenge attacks by members of the armed forces would amount to the institutionalization of anarchy and impunity, adding that the Army could have deployed highly trained Intelligence officers to fish out, apprehend and prosecute the exact killers of these soldiers whose deaths were absolutely condemnable and totally unacceptable.

“The Military under the democratic setting is governed by Constitutional norms. The Nigerian Constitution being the grundnorm absolutely prohibits the use of extralegal killings of citizens under section 33 (1).

Under section 36 (5) citizens are guaranteed a fair hearing. There is no legal support for the infliction of mass killings as a consequence of any illegal and criminal acts of killing of soldiers.

“The Military authority is not allowed to resort to self-help because Nigeria is not a banana Republic but a Nation governed by laws. The soldiers are not immune from prosecution for offences of genocide.

“We hereby call for the Institution of an investigative panel to uncover the soldiers who reportedly unleashed blood cuddling violence on Konshisha Community in Benue State.

“HURIWA wishes to reiterate that the Nigerian Armed Forces when deployed for either internal or external operations, are bound by the laws of war and international law in the conduct of the operations.

“The laws regulate and limit the conduct of operations by acting as checks against the arbitrary use of force. They are intended to minimize unnecessary suffering by combatants and non-combatants during the war.

According to the Rights group, the laws of war and international law are therefore sources of military law in Nigeria and include the following: (a.) The four Geneva Conventions of 1949; (b). The two Additional Protocols of 1977 to the Geneva Conventions of 1949; (c. ) Multilateral and bilateral agreements to which Nigeria is a signatory and have bearing on military service or operations.”

HURIWA, however, reminded the Chief of Army Staff that the Nigerian military does not perform its roles in a vacuum as it derives the roles from the constitution, presently the Constitution of the Federal Republic of Nigeria 1999.

Three alleged robbers gunned down by police in Pietermaritzburg

Mozambique, Tanzania to fight Terrorism together