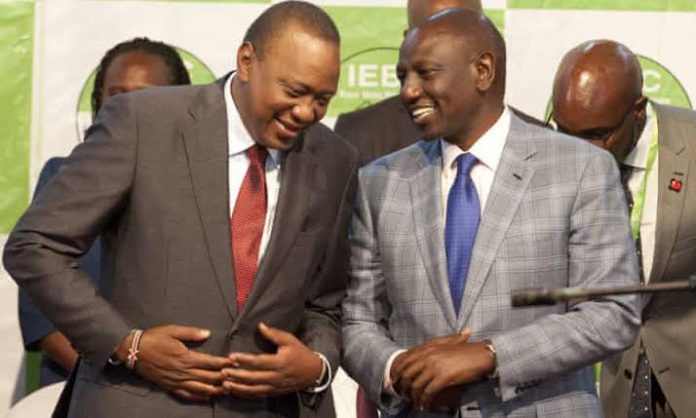 Ruto accused Kenyatta of his economic policies claiming that Kenya was heading in the wrong direction and that he will fix the mess within 30 days after being elected into office.

The statement was made in relation to current Kenya’s public debt which has risen by $61.32 billion from nearly 17 billion dollars since Kenyatta assumed office in 2013.

Ruto who is now the presidential candidate to his new outfit, the United Democratic Alliance party stated on Tuesday during a national delegation that brought in more than 5,000 delegates across the country.

He also claimed that Kenyatta failed to honor his 2017 election promises and using state institutions to persecute political opponents.

It should be recalled that Ruto’s fallout with Kenyatta began when in 2018, the former Prime Minister Raila Odinga made a peace truce popularly known as the handshake with the current President.

The handshake sparked speculation the two men had made a pact that would see Odinga succeed Kenyatta, a two-term president who cannot run a third time.

Meanwhile, the two leaders also sought to expand the executive through proposed constitutional changes that would have potentially allowed Kenyatta to stay in power as a prime minister.