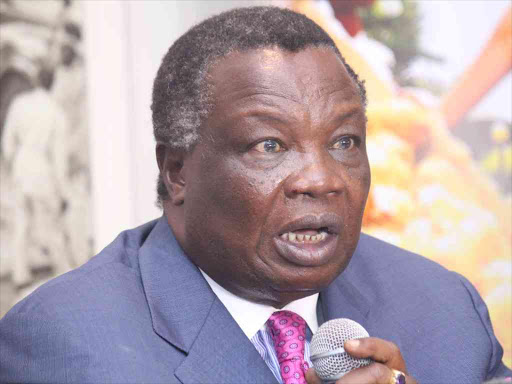 Atwoli’s remarks was in reaction to the video of a Kenyan woman breastfeeding a dog in Saudi Arabia.

He said there is need to protect migrant workers from Kenya and that can be achieved by banning the agencies promoting domestic jobs, especially in Saudi Arabia.

“I want to appeal to our government to go the way the first government of President Mwai Kibaki under Phyllis Kandie as the Minister of Labor did. She banned all employment agencies in Kenya,” he said.

Atwoli spoke to the media on Sunday at his Kajiado home.

He added that the government should also negotiate with the government of Saudi Arabia on terms and conditions of service, be it in Qatar or anywhere in the Middle East.

Speaking about the woman who was filmed breastfeeding a dog, Atwoli said she left Kenya two months after giving birth.

“When they realised that she can breastfeed, the employer instead of giving her a proper job, he gave this girl the job of breastfeeding his puppies,” Atwoli said.

“This is indirect slavery.”

Atwoli further said the treatment that workers get in the Middle East denies them the dignity and respect that should be accorded to them as humans and Kenyans.

“It denies us our own citizenship as Kenyans who are from a free, independent and democratic country. A country that an create employment for its people,” he said.

Native Doctor dupes Man of 7 Million Naira, claims he was...