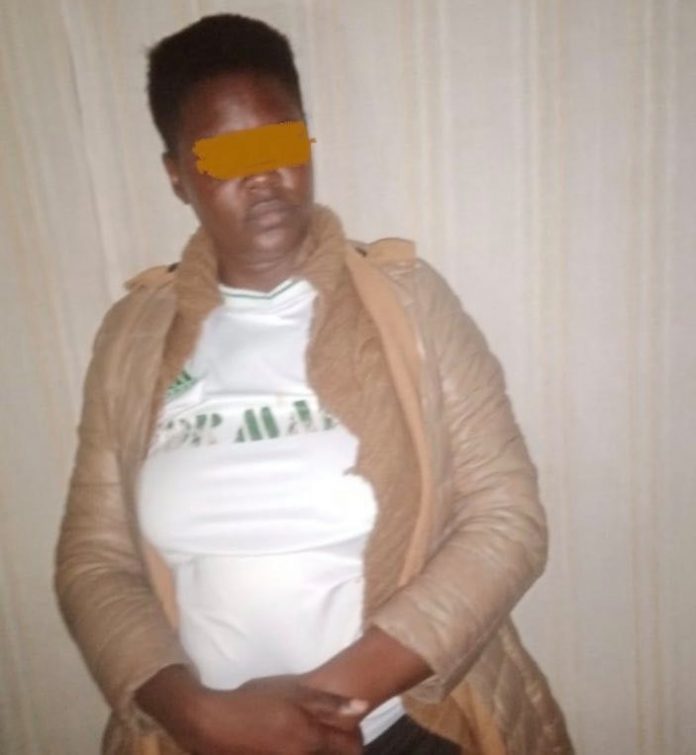 A 42-year-old woman with the name Bella Achieng Ogolla has reportedly abducted a 1-month-old baby from his mother at a salon in Kenya.

The woman was thereafter arrested by detectives from the Directorate of Criminal Investigations (DCI).

The baby was re-united with his mother, Benta Achieng on Thursday, January 21. This was after a 3-week search for the suspect who went missing after the incident.

During investigation, it was discovered that Ms Ogolla had met the baby’s mother in hospital just days before she delivered.

Unknown to the baby’s mother, the suspect was planning that she would steal the baby a couple of days later.

According to 21-year-old Benta, the suspect reportedly promised her a gift once she delivered the baby.

After Benta gave birth, Bella asked to meet her at a market to collect the gift she had promised her.

When they met at the market, the suspect asked the new mother to wait for the gift to be brought by her friend who was running late.

While waiting, Benta decided to make her hair at a nearby salon and handed her newborn to Bella.

However, few minutes later, Bella fled the salon with the baby.