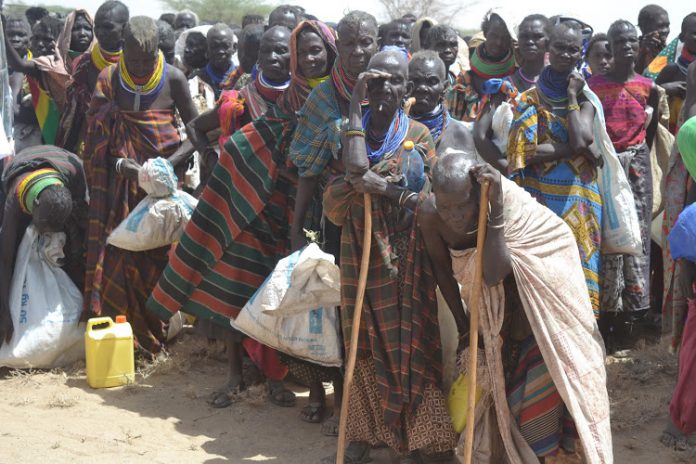 Weather experts have advised Kenya and the rest of the Horn of Africa to prepare for a possible drought next year.

It was estimated that the ongoing rains will peak this month but cease early next month in most places.

The World Meteorological Organization revealed that the region which is experiencing La Niña, will be drier than normal early next year. La Niña is often associated with dry conditions in East Africa and heavy rains in Southern Africa.

The WMO stated there is 90 per cent possibility the ongoing rains will be depressed and dry conditions will continue through March, possibly until May next year.

This, added to the existing impacts from the desert locust invasion, may add to food security challenges in the region, it said.

United Nations humanitarian groups are already working in conjunction with the WMO to identify areas most at risk of drought.

“WMO experts and humanitarian colleagues will convene in November to undertake a thorough analysis of the season ahead,” the organisation said in a statement.

“Insufficient collective action by government and their development partners to focus on early action, mitigation, and building the long-term resilience of people living in drought-affected areas, over short-term symptomatic relief, has enabled this increasingly deteriorating situation to occur,” Red Cross said in its report.

In a report of the 2010-11 La Niña, the Kenya Red Cross said that by January 2011, the severity of the situation did not yet warrant an emergency classification.

However, over the succeeding six months, the situation deteriorated rapidly as the 2011 ‘long rains’ from March through May were depressed in Kenya. This was said to be “the worst drought in 60 years” in East Africa.

The 2011 drought left about four million Kenyans in 18 counties surviving on food donations.

According to a Save the Children/Oxfam report published in January 2012, the drought response was too little, too late, representing a systematic failure of the international humanitarian and development system.

Chris Funk, a senior research geographer at the US Geological Survey’s Earth Resources and Observation Science Center, in California, said this year’s response must be different.

“How firm is the drought prediction? Very. Almost all forecast models and climate agencies anticipate lower-than-normal rainfall between October and December. My group puts the chance at about 80 per cent,” he said in an opinion published by Nature, a journal.

“Poor rains in March to May 2021 also seem likely. Of course, there’s uncertainty. But that shouldn’t prevent action. Forewarned is forearmed,” he added.

Chibok Parents, Activists clamour for the release of Chibok girls as...