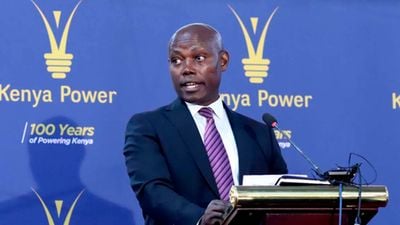 Kenya purchased a 27-year power agreement from Ethiopia, result in the latter becoming the former’s second biggest source of hydropower from November, 2022.

According to the agreement signed by the duo on Thursday, Kenya is to buy 600 Megawatts from Ethiopia, which will run till 2047.

The power from Ethiopia Electric Power (EEP) is expected to cost between Sh6 and Sh7 seven cents a kilowatt hour which is lower than the average of Sh10 a kilowatt hour offered by power producers.

“The agreed tariff is competitive and will see Kenyans enjoy power at a lower cost. EEP will be the second largest power supplier to KPLC aside from the KenGen Hydros Eastern Cascade at 600MW,”

The high tariffs charged by independent power producers (IPPs) have squeezed Kenya Power’s ability to lower the cost of electricity.

Kenya Power buys the bulk of power from Kenya Generating Company (KenGen) at Sh5.3 per kilowatt-hour but other IPPs have priced their power as high as Sh195.

Kenya cut consumer power bills by 15 percent in January, easing the pain on households and cutting the operational costs of manufacturers. However, it has been unable to further lower bills by another 15 percent as promised by the government due to reluctance by the IPPs to lower their tariffs.