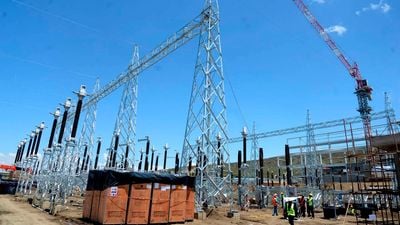 Kenya Power lost Sh2.1 billion in the 15 percent tariff discount implemented last year as other State-owned firms in the electricity sector refused to lower their charges as agreed with the government.

The Auditor-General revealed the revenue loss in its report on the electricity distributor’s financial statements for the year ended June 2022.

They however did not keep their end of the bargain, leaving Kenya Power to implement the tariff cut while absorbing the loss.

“KPLC implemented the tariff reduction from January 2022 but the other agencies did not implement the cost reduction measures as per respective commitments which were estimated to translate to Sh2.1 billion,” the government auditor said.

“Consequently the company did not realise full revenue support occasioned by the 15 percent tariff reduction directive.”

The State disbursed a total of Sh7 billion to the electricity distributor to support the initiative which was designed to offer financial relief to consumers.

The other government-owned players in the energy sector including KenGen offered partial discounts to Kenya Power compared to their commitments.

The Auditor-General added that this amounts to a breach of the agreement. This opens the possibility of Kenya Power claiming the amount from the electricity producer.

Failure to collect the amount will see Kenya Power suffer loss from the policy that was designed to offer financial relief to consumers and which was implemented by the previous administration.

The Sh2.1 billion discount withheld by the State-owned firms has exposed Kenya Power to a wider liquidity gap with the utility liquidity position deteriorating in the review period.

Given the revenue hit from the subsidy on electricity tariffs, the government ended the initiative at the end of December 2022 on the recommendation of the International Monetary Fund (IMF).