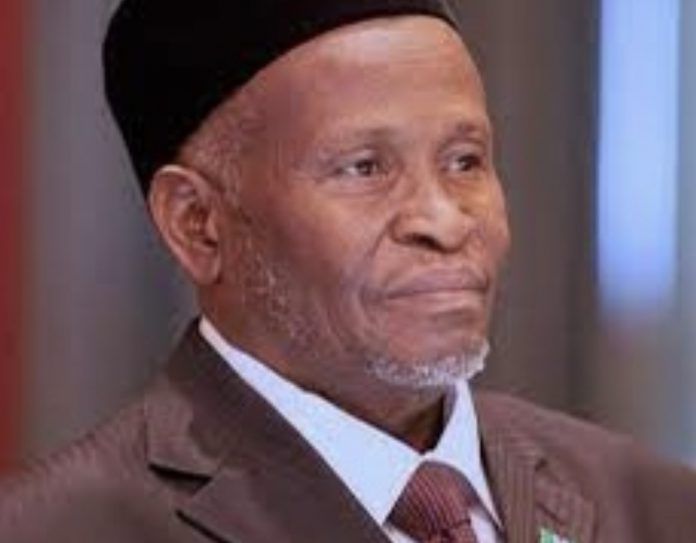 The Chief Justice of Nigeria (CJN), Justice Tanko Muhammad, has resigned, citing health reasons, it was confirmed on Monday afternoon.

Confirming the Chief Justice’s resignation, the Special Assistant on Media, Mr Isah Ahuraka, said he has submitted his letter to the appropriate authorities.

Mohammad’s exit has paved the way for the most senior officer on the Bench, Justice Olukayode Ariwoola as the next CJN.

It would be recalled that Justice Mary Odili had retired on May 12, 2022 on attaining the retirement age of 70.

He attended primary school at Giade Primary School from 1961 to 1968.

He proceeded to Government Secondary School, Azare from the year 1969 to 1973.

He then proceeded to Abdullahi Bayero University College, Kano for his IJMB from 1975 to 1976. After successful completion of his course, he got admission to read Law at Ahmadu Bello University, Zaria from 1976 to 1980.

In furtherance of his educational career, Justice Muhammad went back to the prestigious ABU, Zaria for his Master’s Degree in Law (LLM) on a part-time basis, from 1982 to 1984.

President Muhammadu Buhari had swore in Muhammad as CJN in January 2019 following the suspension and sack of former CJN, Justice Walter Onnoghen.

Ariwoola was first appointed a Judge of Superior Court of record in Oyo State in 1992 from private legal practice.

Before his elevation to the Supreme Court, he served as Justice of Court of Appeal in Kaduna, Enugu and Lagos Divisions and he is due to retire in 2028.

DJ Cuppy engaged as boyfriend Ryan Taylor goes down on one...